​Juventus are set to compete with Manchester United in the race to sign highly-rated Benfica starlet Joao Felix.

The 19-year-old has emerged as one of the brightest rising talents in Europe this term with a string of impressive performances for the Primeira Liga outfit, scoring 11 goals and adding six assists in 29 games.

​Manchester United have been among the European giants linked with a move for the Portuguese but, according to ​Football-Italia, ​Juventus have also emerged as serious contenders for his signature after agent Jorge Mendes attended the Bianconeri's game on Friday night.

Juventus stars ​​Cristiano​ Ronaldo and Joao Cancelo are also clients of Mendes', though neither were involved in Friday's game, leading to further suggestions that the super agent was present for talks with the Juventus hierarchy over the Benfica prospect.

How big a star is Juventus's Moise Kean going to be? pic.twitter.com/9Qo9dtbno0

The latest development comes after United scouts attended Benfica's 1-0 defeat to Dinamo Zagreb in the Europa League on Thursday, with their eyes almost certainly focused on Felix, who

However, it is suggested that the likes of ​Manchester City, ​Barcelona, ​Bayern Munich, Juventus and ​Wolves also had representatives in attendance to track the forward, with a potential bidding war over Felix in the offing ahead of the summer transfer window. 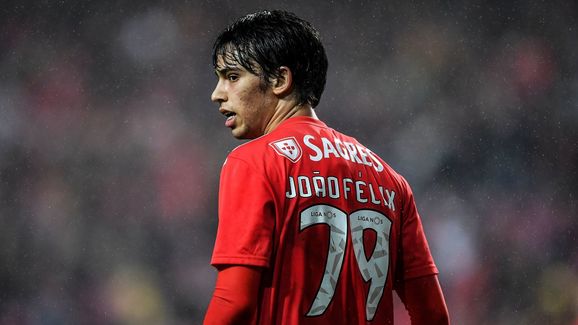 Juventus are apparently hoping that their positive relations with Jorge Mendes as well as the opportunity to play alongside his idol Ronaldo will give them the edge in the race to lure Felix to his next European destination.