Manchester United put themselves in pole position to progress to the Europa League quarter finals by strolling to a 5-0 away win against LASK, in a game played behind close doors due to coronavirus.

A fine goal by Odion Ighalo gave the visitors the perfect start, before Daniel James, Juan Mata Mason Greenwood and Andreas Pereira added to United's lead in the second half.

The visitors started the game strongly with Mata and James both going close in the early stages. After the break James finally ended his goal drought, cutting in and whipping the ball into the bottom corner to double his side's lead.

United all but put the tie to bed when Fred found Mata in the box with a wonderful pass and the Spaniard slotted past a stricken Alexander Schlager in the LASK goal. Greenwood and Pereira then completed the rout with two quick-fire goals in stoppage time. 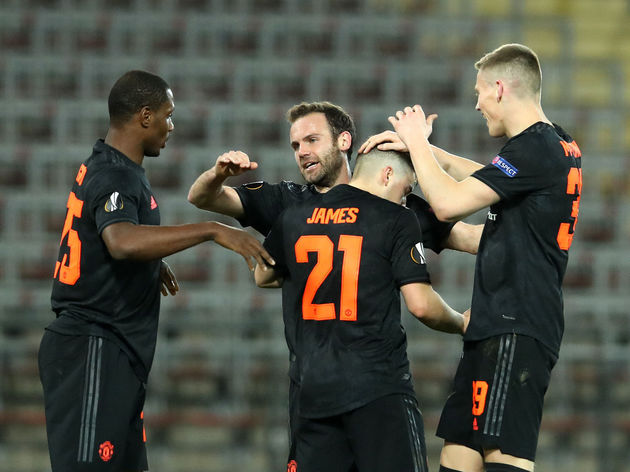 Despite the silence emanating from the vacant stands, the visitors pressed high, worked well together going forward and did not let their concentration lapse at the back.

Their progression to the last eight is now all but confirmed...but will the second leg even be played?

With football being suspended across the continent, the likelihood of United playing another Europa League game this month is diminishing by the hour.

Is the United game in Linz still on, and if so why? There will be no final or even a second leg for this round.

Looks like United will take a healthy lead into the second leg, to be played in 15 years' time. #MUFC He was at the centre of everything United created and his fine performance deserved to be witnessed by more than the 500 in attendance.

Bruno Fernandes created five chances in the first half against LASK, including one assist.

As many as all 21 other players on the pitch combined.  pic.twitter.com/RC4LUhtH8V

The Austrian Bundesliga is currently suspended due to coronavirus, so LASK's next game is the second leg of this tie, which is currently scheduled to take place on Thursday 19 March.

United are next in action on Sunday when they take on Tottenham and former manager Jose Mourinho in the Premier League.