​A Manchester United side in red hot form travel to Austria to take on LASK in the first leg of their Europa League last 16 tie on Thursday evening.

Still riding high from an impressive derby victory against Manchester City, Ole Gunnar Solskjaer's side will need to keep their wits about them as the Austrian league leaders LASK have proven to be a team not to be underestimated throughout their European adventure. 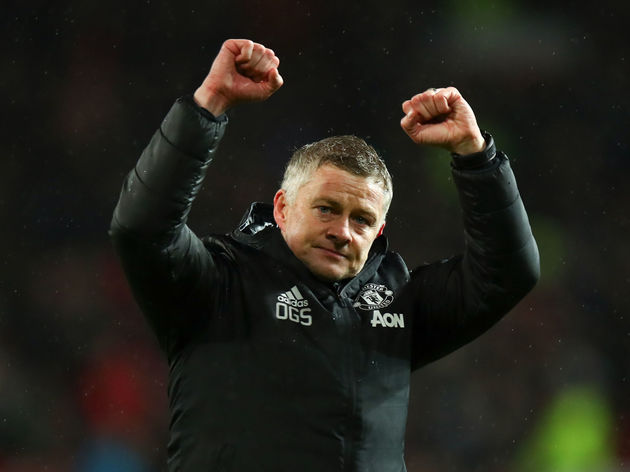 Manchester United are the clear favourites but a recurring theme throughout the season has been their fallibility against sides they 'should' defeat. Whether LASK can take advantage of this precedent should make for an intriguing encounter on Thursday evening.

LASK will be without several players for this home tie with regular starters Thomas Goiginger and Marvin Potzmann joining Husein Balic on the treatment table.

The key loss for LASK will be the absence of their centre-back Philipp Wiesinger who had played every minute of their Europa League campaign until he received a second yellow card in the last round. He, and fellow defender Petar Filipović, will be back in time for the return leg but the tie may already be over by then.

After another impressive defensive display against Manchester City and Raheem Sterling, Aaron Wan-Bissaka is a doubt with a back injury, while Daniel James also picked up a knock at the weekend.

Other than long-term absentees Paul Pogba and ​Marcus Rashford, United should have a strong squad to pick from going into the midweek tie.

LASK have never played an English club in UEFA competition before. However, Bruno Fernandes will be a familiar face to Thursday night's opponents having orchestrated Sporting CP's 2-1 victory over the Austrians in the group stages of the competition.

2 - Bruno Fernandes had a hand in both goals (one goal, one assist) in Sporting CP's UEFA Europa League 2-1 home victory against LASK in the 2019-20 Group Stage - his only previous appearance against the Austrians. Pivotal. #UELdraw pic.twitter.com/xI8nDmKAlI

Fernandes has seamlessly slotted into this ​Manchester United side and was again instrumental in ​Sunday's derby win. With a goal and an assist after one meeting with the Austrian outfit, it feels likely that Thursday will see the 25-year-old add to this tally.

Putting aside their cup semi-final loss to RB Salzburg last week, LASK are in a superb run of form both in Europe and their domestic league.

LASK are yet to taste defeat on home soil in the Europa League this season having come up against Rosenborg, Sporting CP, PSV Eindhoven and AZ Alkmaar. But, despite their malaise since the departure of Sir Alex Ferguson, Manchester United are a step up in quality compared to LASK's previous opponents. Given United's form and the immediate impact Fernandes has had on this side, it looks as if their unbeaten run is more likely to be extended rather than halted in Austria this Thursday evening.