Manchester City secured their 11th straight win and returned to the top of the Premier League after two second half goals saw off rivals Manchester United at Old Trafford on Wednesday night.

The Sky Blues looked nervous in the first half and were uncharacteristically sloppy, mainly thanks to a hard-working and tight defensive performance from the much improved hosts. ​Raheem Sterling came close to opening the scoring just before half time, but his brilliantly skilful run was followed by a tame shot straight at ​David de Gea.

City made the crucial breakthrough in the 54th minute when ​Bernardo Silva picked the ball up on the right wing before cutting inside and scoring past De Gea at his near post.

City wrapped up the game in the 66th minute after a swift counter attack saw Leroy Sane fire past De Gea, who really should have done better with the German's effort. 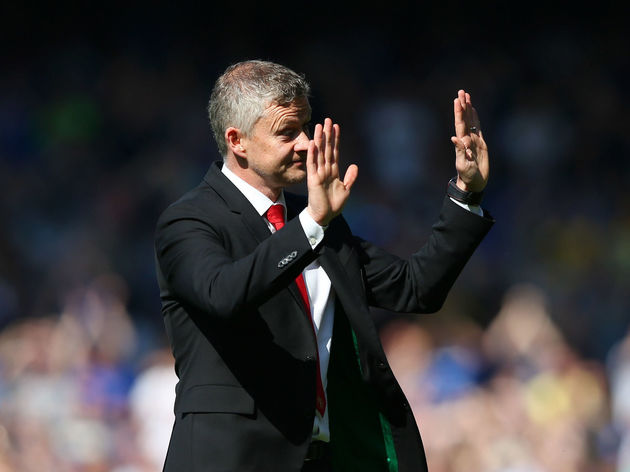 Liverpool in the driving seat for the Reds' first league title in 29 years.

Solskjaer made five changes from Sunday's side and their first half performance suggested his side knew they had a serious point to prove, pressing City brilliantly and forcing them into mistakes from the first minute.

On Sunday Manchester United didn't want it enough. On Wednesday they wanted it, but were miles away from being good enough.

Both are separate problems, neither are easy to solve, and nothing so far suggests that this club is clever enough to solve either.

However, the form of David de Gea, who has been United's saviour for a number of years, is becoming a real problem.

It may be harsh to say he could have done better with Silva's goal, but a keeper of his quality really shouldn't have let Sane's strike beat him.

De Gea should have won Liverpool the league tonight... huge win for City

It was a much improved display from United, but when people look for examples of how far they are behind the best of the best, this match will be exhibit A. 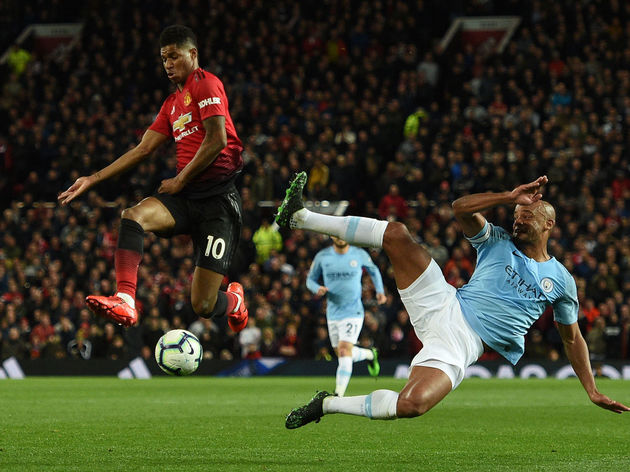 He caused City's centre backs problems all night long with his lightning quick pace, at times making Vincent Kompany look amateurish, and he seemed determined to drag the Red Devils to a performance their fans could be proud of following a difficult few weeks.

If the young Englishman had a partner alongside to match his work rate and outstanding ability, United would have surely caused their neighbours a lot more problems than they actually did.

Pep Guardiola's side were well aware before kick off that a win over their greatest foes would make them strong favourites to retain their Premier League crown. However, it appeared as if they had underestimated United in the first period, as they continually gave the ball away in promising positions and were as sloppy as they have been at any point during the entire season.

But they turned it on in the second half and got the job done by ruthlessly capitalising on the few mistakes United's players actually made.

Fernandinho was outstanding in the first half, but when he went off injured it allowed Bernardo Silva to drop deeper and Sane to be brought on, a change which ultimately decided the clash and possibly the destination of the Premier League title in three weeks' time.

The quadruple may be gone, but City are now just three wins away from becoming the first side in 11 years to retain the Premier League, and, on this evidence, they shouldn't have too many problems with that task. When others around him were looking sloppy and nervous in the first period, he and Fernandinho showed their class and experience to stop any momentum the hosts were trying to build.

When his Brazilian teammate went off injured, Silva stepped up and stood head and shoulders above all others on the pitch. His ability and temperament to control the game are to be admired, and he thoroughly deserved his man of the match award.

United continue their quest for a Champions League place on Sunday when they take on top four rivals Chelsea at Old Trafford.

Manchester City have a potential banana skin next weekend when they travel to Burnley, with a home game against Leicester the following Monday, before finishing their season away at strugglers Brighton on the final day of the season.