Manchester United were held to a 2-2 draw by AC Milan on Saturday evening, but prevailed on penalties after Daniel Maldini missed I Rossoneri's final penalty, and Daniel James tucked away the winning spot-kick.

Marcus Rashford opened the scoring for the Red Devils in the 14th minute when he cut in from the left-hand side and drove a deflected effort over Gianluigi Donnarumma's despairing dive, before

Milan took the lead on the hour mark, as Suso's cross was flicked towards the far post by Samu Castillejo, before taking a slight deflection off Victor Lindelof. Substitute Jesse Lingard brought his side level with 20 minutes to play thanks to a smart through-ball by Anthony Martial, and substitute James scored the winning penalty in the shootout for Solskjaer's side. 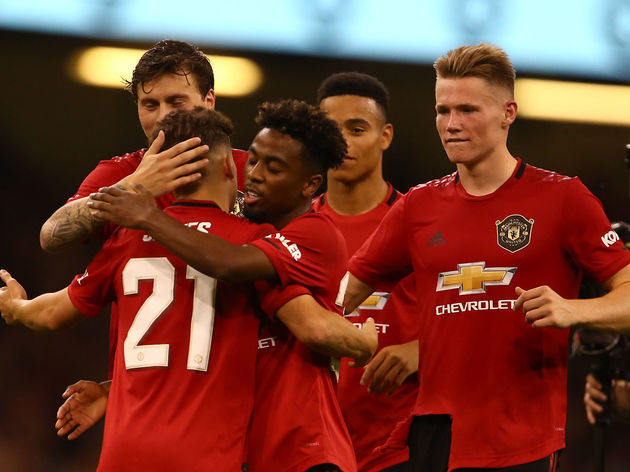 The United boss seems intent on building his side in the image of the United of old, with fluid counter-attacks and a swashbuckling swagger – but it's painfully apparent that his side just aren't well-equipped to carry out these demands.

Whilst they are filled with pace in the forward line, the midfield is full of plodders and lacks anyone who is capable of breaking between the lines. Solskjaer's flying attack initially looked dangerous, but Rashford and Martial became very isolated as the game wore on. 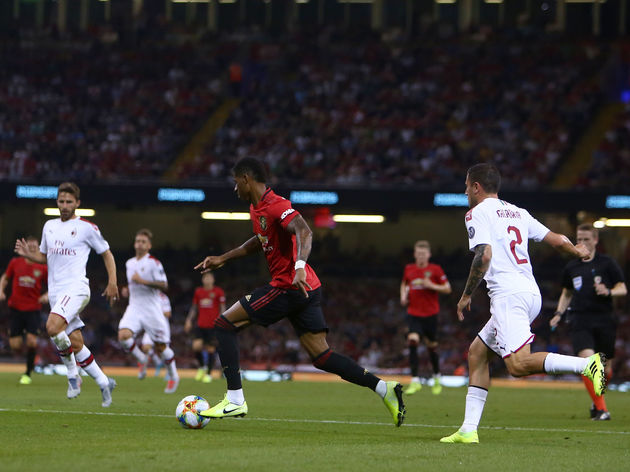 United's best spell of the game came early on, when the Red Devils dominated possession and pinned Milan back into their own penalty area. As soon as United lost their grip on the midfield battle, they looked lost and out of ideas. Plenty to chew before the opening Premier League fixture for the United boss.

STAR MAN - Scott McTominay was a reassuring presence in the Man Utd midfield, the 22-year-old shielding his back four well, with very little help from his supporting acts. He possesses a physical strength beyond his years and looked calm on the ball in the heart of the midfield.

Whilst there is a lot of uncertainty over the United starting XI for the coming season, McTominay seems to have nailed down a position in Solskjær's side.

If Matic hadn't got the assist for Rashford he'd be on 1 out of 10! Absolutely abysmal performance

Milan boss Giampaolo has managed to find a nice balance between hard work and fluid creativity that his predecessor Genaro Gattuso was never able to produce. I Rossoneri played a fierce pressing game which began from the front, and they caught the Red Devils cold on numerous occasions.

It was not all blood and thunder however. The Italian side dominated possession for large parts of the match, and their opponents simply couldn't cope with the intensity of Castillejo, Fabio Borini and Hakan Calhanoglu. 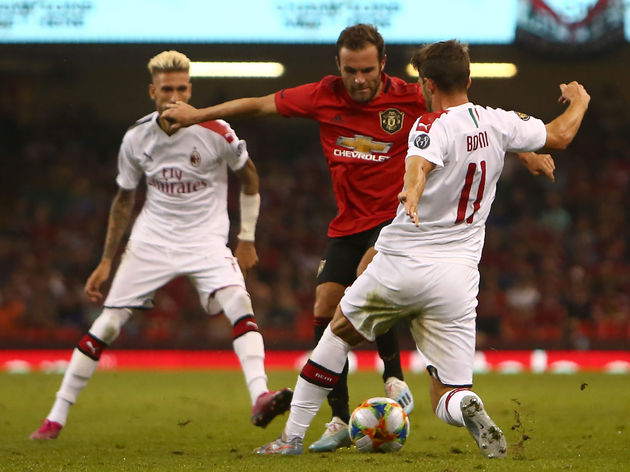 Milan have struggled to find a style of play which suits their group of players, but Giampaolo seems to have cracked the enigma.

The ex-Liverpool forward is playing in a much more central position for I Rossoneri, and looked a constant threat when given the chance to run at the Man Utd backline. He scored a stunning goal, and his ability to turn and thread a pinpoint ball through to the Milan strikers caused constant headaches for Lindelof and Rojo. 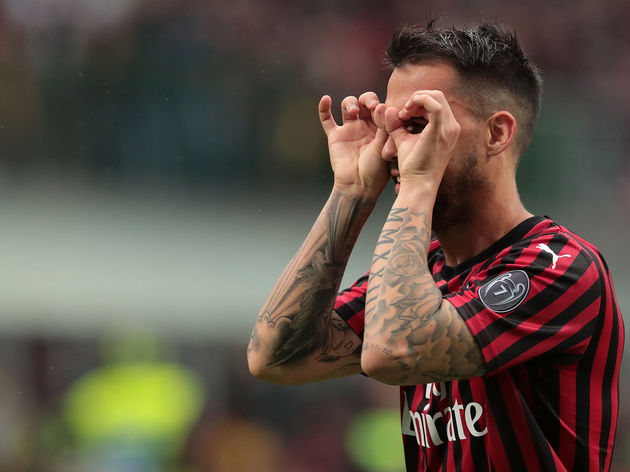 Milan are reportedly open to selling Suso, and judging by today's display, Giampaolo would be crazy to even consider any offer for the talented attacker.

This was a valuable test for the Red Devils ahead of their season-opener against Frank Lampard's Chelsea next Sunday. It was the last chance for Solskjær's men to play their way into his side, and the Norwegian still has plenty of decisions to make before the Premier League campaign kicks off.

Milan have to wait until the end of August for their domestic trials and tribulations to get under way, but Giampaolo will be content with his sides progress and encouraging display in preparation for I Rossoneri's curtain-raiser away at Udinese.