Manchester United sealed a narrow 3-2 win over Southampton in a pulsating Premier League encounter at Old Trafford on Saturday, which was littered with exquisite goals from both sides.

Old Trafford was stunned just before the half hour mark when Yan Valery produced a piledriver of an effort from distance to fire past David de Gea into the top corner, rewarding the visitors for their bright early showing in the match.

United went in behind at half time, but did not take long to find a response in the second half. Andres Pereira drifted through Southampton's defence to curl past Angus Gunn, before Romelu Lukaku engineered some space to fire home into the bottom corner on the hour mark.

Southampton looked to be on the back foot after falling behind, but had another magic trick up their sleeve as James Ward-Prowse stepped up to curl a stunning free kick past De Gea - only for Lukaku to settle matters before Paul Pogba missed a penalty with another fine finish.

Here's 90min's review of the game.

United maintained much of the positive intent that has become customary under Ole Gunnar Solskjaer, but the Red Devils struggled to make their recent momentum tell on proceedings in the first half, before finding the necessary moments of quality after the interval.

A raft of injuries have left Solskjaer without the likes of ​Anthony Martial, ​Jesse Lingard, ​Ander Herrera and ​Nemanja Matic, and those absences certainly had an effect on the consistency of quality in United's game on Saturday.

63% of #Southampton’s attack has been from Ashley Young’s side. He’s our weakness every game! #mufc

That was Andreas Pereira's first #mufc goal since his first for the club vs Ipswich in September 2015. Massive props to Dalot, though.

Dalot’s one minute on the pitch was more effective than Alexis’ 50 minutes ... #mufc

The likes of Scott McTominay and even ​Alexis Sanchez failed to provide the kind of flair and consistent impetus which is usually imposed by those that they were replacing in Saturday's game. However, United were able to conjure up decisive moments of quality in the second half. 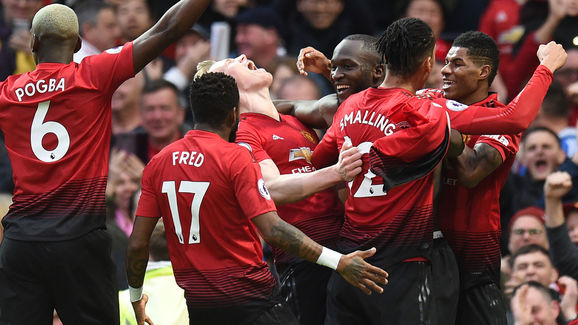 After struggling to fill the boots of the inured Ander Herrera in the first half with any real quality in the first half, Pereira made up for lost time in the second half as he engineered United's fightback.

A stunning effort to draw his side level almost equalled the spectacle of Yan Valvery's opener for the visitors, before turning creator as he laid the ball into the path of Romelu Lukaku to score United's second.

Andreas with a goal and assist. What a contribution! #mufc pic.twitter.com/fln32R0MnO

Solskjaer's changes in the team may have been enforced by injuries, but Pereira certainly made good on his chance. If ​Paul Pogba had produced such moments, his performance would likely have been praised for weeks to come.

Southampton have shown glimpses of Ralph Hasenhuttl's influence since the Austrian took charge in December, but the Saints have struggled to produce consistent results under their new coach. However, a 2-0 win over ​Fulham last time out was an encouraging sign, and the visitors built on that result with a positive performance at Old Trafford.

Hasenhuttl's side looked bright and well regimented from the outset on Saturday after weathering an early flurry of pressure from United. Angus Gunn produced some fine work to twice deny ​Romelu Lukaku early on, before Southampton grew into the game themselves.

One of the best halves of football from #saintsfc since Koeman. Great performance. Every player working their socks off!

AHHHHH THIS IS UNREAL!!!! SOUTHAMPTON HAVE SCORED AT OLD TRAFFORD!!! AS YAN VALERY PUTS US IN THE LEAD COME ON!!! #SAINTSFC

Hard to imagine a more blatant example of referee bias than this match. Nothing will happen of course, but hopefully VAR will even things up a bit next season. #MANSOU #saintsfc

The midfield trio of Pierre-Emile Hojbjerg, Oriol Romeu and James Ward-Prowse looked compact and gave the Saints control in the game and the back three kept things tight in defence, whilst Yan Valvery and Ryan Bertrand provided effective pace and width down the flanks. 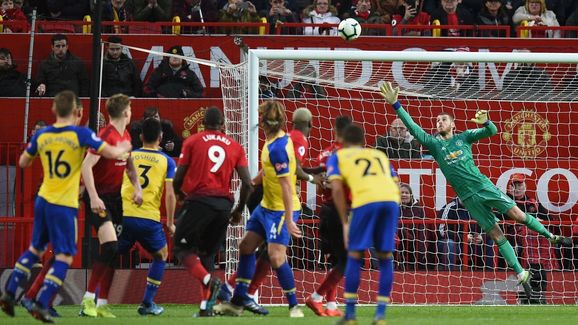 Having made a bright and energetic start to the game on Southampton's right flank, Yan Valery's positive endeavours in the game were rewarded as the Frenchman strode forward before unleashing a fierce strike into the top corner.

Yan Valery has scored the same amount of goals at Old Trafford this season as Alexis Sanchez (1).

Some way to get his first goal for Southampton. pic.twitter.com/bfo2t6NLpR

Yan Valery's goal at Old Trafford was the first of his senior career.

Southampton's organisation and resolve was key, but Southampton carried a surprising amount of attacking flair at Old Trafford, and Valery set the tone for his side with great energy matched by decisive technical quality.

Manchester United return to Champions League action on Wednesday as they travel to Paris looking to overturn a 2-0 first leg deficit against PSG in the second leg of the round of 16 tie. ​Arsenal