Ole Gunnar Solskjaer suggested that Manchester United may not be very active in the January transfer window after the Red Devils' 1-0 defeat to Bournemouth on Saturday afternoon.

Man Utd were expected to bolster their squad at the next opportunity following their difficult start to the 2019/20 season but Solskjaer seems to have dampened expectations over any marquee signings. 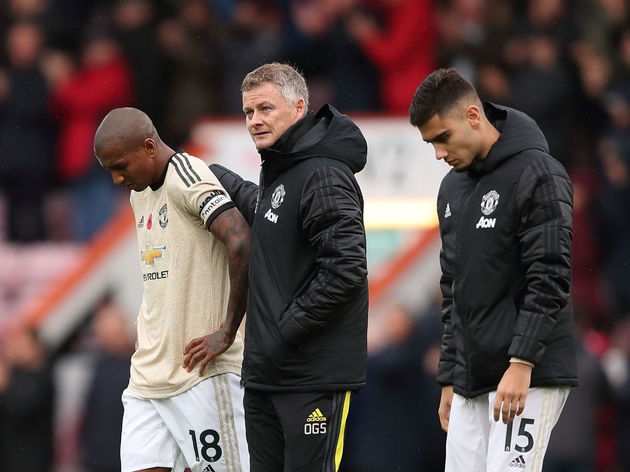 Speaking after his side's lacklustre display at the Vitality Stadium, the Norwegian boss backtracked on previous quotes that the club must look to recruit in January, and insisted that his squad has enough talent to turn around their dim fortunes.

"To win games you need to score goals and I'm sure ​Antho​ny (Martial)​Marcus (Rashford) as reported by The Mirror.

"But we've got loads of players here in the squad who could create more, it's not just look outside, we have to do with what we have."

​Man Utd's lack of firepower will come as a major concern to their supporters, who have seen the Red Devils bag only 13 goals in 11 games.

Every United fan when they see Lingard coming on to turn the game around 😅#BOUMUN pic.twitter.com/oR3SHePvSH

Meanwhile, Harry Maguire also bemoaned his attacking teammates' lack of quality in the final third during an interview with MUTV, claiming that their final ball 'wasn't good enough.'

"[We are] disappointed. We conceded at an awful time at a stage where we started the game really well," the world's most expensive defender said, via The Mirror.

"The first 20 minutes we were well on top, we have got to score in that period, with numerous chances. "The quality in the final third wasn't good enough to create a real clear cut chance, then they came into the game at the end of the first-half and it is an awful time to concede just before half-time, it is probably the worst."

Solskjaer will be hoping for much better from his team when they host ​Brighton next weekend, in what is another crucial match for the Man Utd boss.