Eriksen has entered the final 12 months of his current Spurs contract and many have perceived his body language during pre-season as a sign he no longer wants to be at the club. Real Madrid had been linked with the Danish international, who cost Spurs just £11m from Ajax during the summer of 2013, but the 13-time European champions now appear more likely to land Ajax midfielder Donny van de Beek in their ongoing search for a midfielder.

90min understands that United are confident of sealing the deal for Eriksen now, despite having just over 48 hours to do so.

Meanwhile, several other outlets back up United's interest. Daily Mail 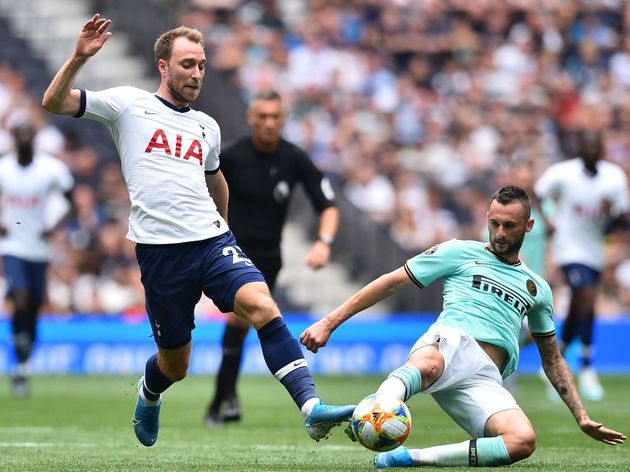 Elsewhere, AS, whose interest in the Eriksen story comes from the links with Real, claimed on Monday evening that United had offered the player a five-year contract with a salary comparable to what Paul Pogba is currently earning at Old Trafford.

That version of events claims Eriksen is 'close' to agreeing a deal with United, and was a name manager Ole Gunnar Solskjaer put on the table almost as soon as his permanent appointment was sealed in March.

The biggest obstacle for United, however, is not to do with the player himself, but Tottenham, with the Daily Mirror reporting that chairman Daniel Levy, a notoriously fierce and tough negotiator, is demanding as much as £130m to part company with Eriksen. The Daily Telegraph also notes that £130m figure, although their report explains that Spurs are 'braced' to receive cut price offers from European clubs under £50m for Eriksen if he isn't sold before the Premier League transfer window closes this coming Thursday. The implication is that United would need to pay much more than £50m to do a deal before then.

Then again, The ​The Independent suggests Tottenham would now rather move and rebuild.

Spurs remain heavily linked with Real Betis starlet Giovani Lo Celso and Sporting CP maestro Bruno Fernandes, presumably as possible replacements, although there is far from any guarantee that either will actually be a Spurs player by the time the deadline strikes.

What is also unclear from United's perspective is how the developing Eriksen saga affects the aforementioned Pogba. Eriksen might in some cases be considered a potential replacement, and landing the Dane before Thursday evening would give United the freedom to sell Pogba at a later date as the Spanish transfer window is open until 2 September. Whether Real Madrid can actually afford him after making a 'derisory' £27.5m plus James Rodriguez offer, is another matter. They still need to offload a number of players, including Gareth Bale - ​now linked with Bayern Munich, in order to raise the funds.

There is every possibility that United could yet be eyeing a squad with both Pogba and Eriksen in it, making the Old Trafford midfield the envy of much of the Premier League.