Man Utd Fans Need to Chill Out About Bruno Fernandes Because He's a Footballer, Not the Messiah

Manchester United will sign Bruno Fernandes from Sporting CP before the end of the month – probably even early next week – and it will almost certainly be the biggest signing of the 2020 January transfer window by any club in the Premier League or around Europe.

We’ve heard everything about Fernandes since the summer when a big move was first touted. How he scored 32 goals from midfield last season, with 18 assists taking his total involvement up to 50 in all competitions; and how he’s already got another 28 involvements this season. 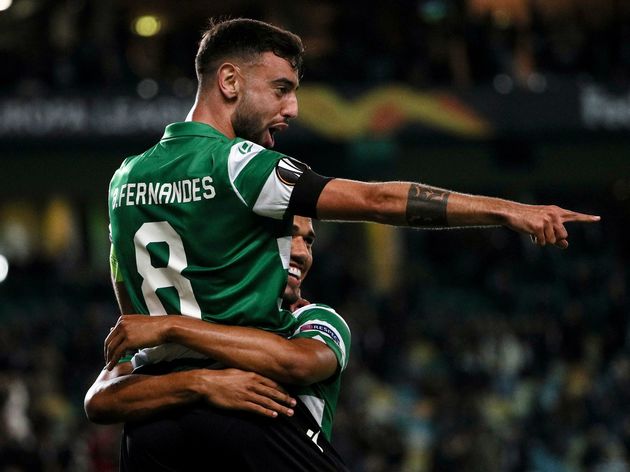 If you want to see them, you won’t have to look hard for a YouTube montage. And perhaps therein lies the problem, because online compilations of his goals and best skills in isolation is all that the vast majority of United fans will have seen of the guy – that includes those who have been shouting from the social media rooftops, screaming at the club to sign him because he is the answer to all of United’s problems…as well as probably Brexit, Megxit and the Middle East.

Fans can kid themselves that they know his game. But, be honest, Primeira Liga action is not exactly top billing in the European footballing menagerie and there will be precious few United fans who can genuinely claim to have watched Fernandes play on anything like a regular basis.

The rest of us are just aware of the hype…and it is HYPE.

This is clearly a decent player that will be an asset to United. But expect him to immediately start scoring and assisting at will, like he currently does for Sporting, and effectively single-handedly turning United’s season from a bad one into a good one, and you’re likely to be disappointed.

It is tremendously difficult for a player to be an instant success at a new club in a new country, especially midway through a campaign without the benefit of a pre-season buffer. It’s obviously not impossible and you will be able to name counter-examples, but it is rare.

Not only will Fernandes have to adapt to a new environment within the club – new coaches, new methods, new teammates, new support staff – he’ll have to adapt off the pitch as well. For starters, the Manchester temperature will be about 10 degrees colder than Lisbon this weekend. Supposedly, Fernandes already speaks some English, so at least communication won’t be a major barrier. The club also already have Portuguese speakers Diogo Dalot, Fred and Andreas Pereira to help with the settling in process.

The fervour around his imminent arrival and the certainty from some that he will be insanely good straight off the bat and hit the ground running (actually impossible in a literal sense) has created a level of expectation for the player that he could never hope to achieve straight away.

How long will it be before the same fans that demanded his arrival daily on social media turn on the club for delivering yet another dud if he’s not repeating his Sporting numbers from day one?