​Manchester United have made a final contract offer to David de Gea, with the club preparing to listen to bids for the goalkeeper, if he once again refuses new terms

The 28-year-old's current deal at Old Trafford expires next summer, though he has consistently stalled on penning a new one.

United flop Alexis Sanchez earns £400,000 per week, a salary that has unsettled the wider squad. It is rumoured that de Gea is amongst those ​irked by the Chilean's mammoth wages and will not negotiate with the Red Devils hierarchy unless he is offered similar terms.

Nothing to see here, just De Gea making a massive mistake in a big game...again. https://t.co/8AqAiTUARb

The former ​Atletico Madrid shot-stopper has endured a remarkable drop off in performances levels this season, with several notable mistakes costing his side in important fixtures.

Despite his struggles in 2018/19, ​de Gea remains one of ​United's leading players, as well as one of the most respected goalkeepers in the ​Premier League. It is for that reason that he feels he should at least be on par with Sanchez in terms of his pay packet.

However, according to ​SPORT, United have now 'issued an ultimatum' over their contract proposal. It is however, not stated how much the deal would be worth. Previous ​reports back at the end of February suggested figures of between £350,000-370,000 per week. 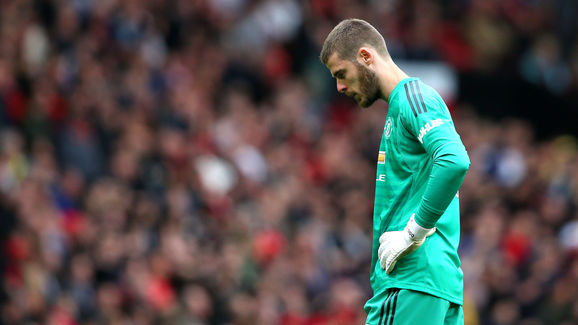 The ​Independent meanwhile report that Sanchez is not the only one having an influence on the negotiations between de Gea and the club. A number of the goalkeeper's close friends at Carrington appear set to leave before next season.

He has strong relationships with the other Spanish-speaking members of the team, though all of Juan Mata, Eric Bailly, Ander Herrera and Marcos Rojo have been linked with an exit in the upcoming transfer window. The speculation has left de Gea unsure whether he will have his companions around next year.

PSG are looking to take advantage of his situation in Manchester and will try to engineer a move this summer. A potential clincher could be that the Parisians can guarantee ​Champions League football next campaign, whereas Ole Gunnar Solskjaer cannot. The club appear to already have a plan in place if they do lose their number one, with Atletico's Jan Oblak on their radar. According to reports, they are prepared to ​trigger the Slovenian's €120m buyout clause