​Manchester United have been linked with a summer approach for Newcastle United midfielder Sean Longstaff as the Old Trafford club continues to make a point of targeting young domestic talent to rebuild their ailing squad.

United are already heavily linked with the likes of Aaron Wan-Bissaka and Daniel James over the more established household names the club has targeted in recent years, with reported interest in Longstaff seemingly a continuation of this new transfer policy. The news that United are supposedly looking at Longstaff comes from Sky Sports.

The 21-year-old, who spent 2017/18 on loan with Blackpool in League One, broke into Rafa Benitez's Newcastle team as a substitute on Boxing Day and then started eight consecutive Premier League games in January and February before a knee injury ended his season.

His experience is therefore minimal, but United have seemingly seen at least something in those eight games to warrant their reported interest.

'Interest' is all it might be at this moment in time as Sky notes that Newcastle say they have received no approach from Old Trafford. What's more, the Magpies apparently have no intention of selling Longstaff and are said to want to reward the local starlet with a new contract.

That he is 'not for sale' tallies with what the Chronicle has to say on the matter. The Tyneside newspaper notes that Liverpool and Manchester City scouts have also watched Longstaff in action, but he is described as 'humble' and having 'both of his feet firmly on the ground'. 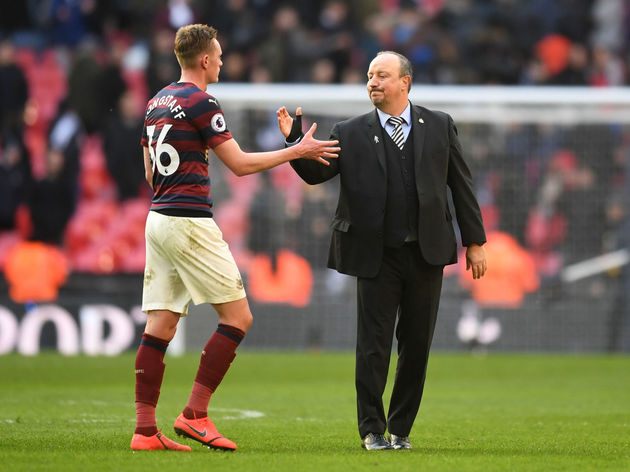 Longstaff is expected to return to fitness by the start of Newcastle's pre-season on 4 July.