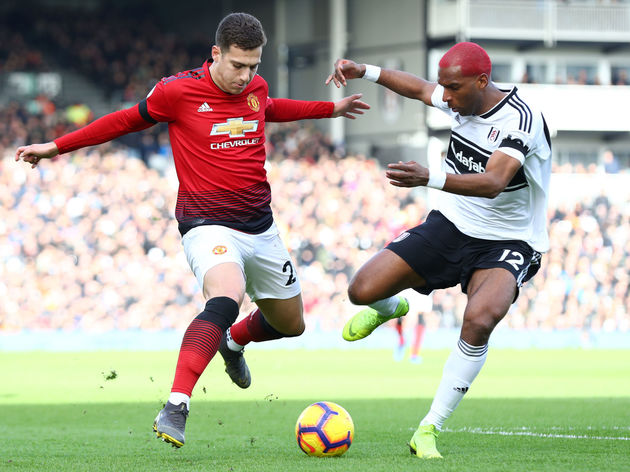 ​United​official website ahead of Wednesday's clash with ​Crystal Palace

“I remember the days when my dad had to drive my friends and I [to matches], because they didn’t have a van for the players. I will try and help more if I can. I gave them a shirt too and they thought it was just the shirt, so they were very surprised [about the minibus].

“I Facetimed them when I was travelling to a United game, so it was a good moment to see.”

Escola de Futebol O Fintas work closely with the likes of Benfica, Braga and Porto, and Dalot was picked up by the latter in 2008. He spent ten years as part of the Porto setup, making his debut in 2017 before going on to make a further seven appearances for the club.

Despite making just eight appearances, he impressed enough to earn a £19m move to United in 2018. Various injuries meant Dalot could not make his ​Premier League debut until December, but he has since gone on to become a regular feature of Solskjaer's lineup.