United brought in Daniel James and Aaron Wan-Bissaka during the summer, as well as spending £80m on Maddison’s former Leicester teammate Harry Maguire.

Maddison’s fine start to the season with the Foxes, leading to a first senior England call-up, has put him in the headlines and the 22-year-old appears to be a perfect fit for United’s needs. 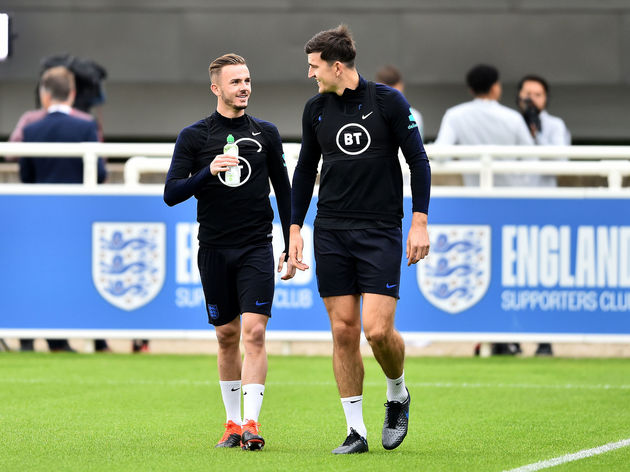 The Manchester Evening News noted last week that the Old Trafford club have been ‘monitoring’ Maddison after an approach ahead of this summer was ‘never foreseeable’.

It was said that Maddison was happy to stay at Leicester, rather than push for a move, but a new report from The Times now suggests that United will go after the player in 2020.

United manager Ole Gunnar Solskjaer, whose side came up against Maddison in Saturday’s crucial 1-0 win at Old Trafford, is said to be ‘convinced he can become a key player’, particularly admiring the former Coventry and Norwich starlet’s ‘creativity and confidence’. As for price, The Times implies that an offer higher than £60m will be necessary to even get Leicester’s attention, explaining that the Foxes are unlikely to entertain selling for anything less than a figure that is ‘in excess of three times’ the £20m they paid Norwich in 2017.

Given how Leicester dug in and were eventually successful in securing a world record defender fee for Maguire, there is no reason to believe they wouldn’t employ similar tactics again. The fact that United paid £80m for Maguire arguably sets a firm price point for Leicester to point to.

However, United may at least be able to rely on Maguire’s close personal relationship with Maddison to help persuade him that his future should lie at Old Trafford.

The centre-back was reunited with his former colleague over the weekend and referred to Maddison, alongside Leicester full-back Ben Chilwell, as ‘My boys’, during an Instagram story.