United secured a top two position with three games of the campaign left to play and sealed the league title a week later. Spurs, meanwhile, took the other promotion place earlier this month.

The @FA has confirmed that #MUWomen have been awarded a licence to play in the FA Women's Super League in 2019/20.

Promotion for both sides was subject to an application for a WSL license, but no problems were expected and their statuses as top flight clubs in 2019/20 have now been confirmed.

 We are delighted to announce that, after securing a promotion spot in the @FAWC_, a licence for @thlfcofficial to join the @FAWSL for the 2019/20 season has been awarded by the @FA!#COYS

After only forming last summer, United stormed the Women's Championship in their debut season, winning 17 of their 19 games so far, scoring 93 goals and conceding just seven.

Casey Stoney's team also performed well in cup competitions, getting to the semi finals of the Continental Cup and quarter finals of the FA Cup, beating three WSL teams along the way.

With the potential for summer signings to strengthen an already very talented squad, they will therefore now be expected to do well at the higher level. 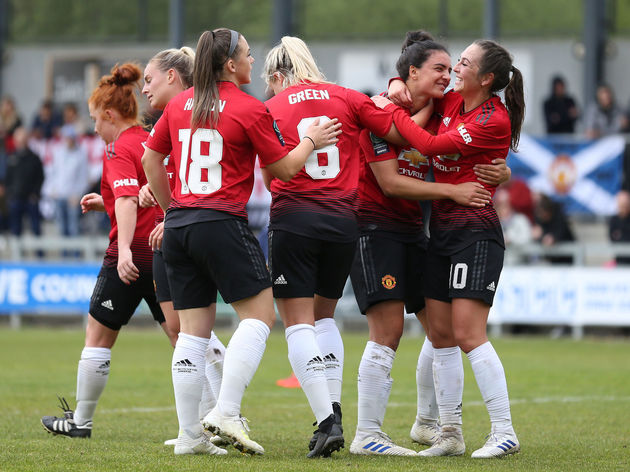 Having arrived in the Championship in 2017, Tottenham also made relatively short work of the second tier this season after winning 14 of their 19 games so far, more than any club except United, and it was only a late wobble that delayed their promotion being mathematically secured.

United will host Lewes on the final day of the season this Saturday, with captain Alex Greenwood to be presented with the Championship trophy. Elsewhere, Tottenham will conclude their season by making the lengthy trip to Durham, the team they beat to promotion.