​Manchester United officials are not willing to rush their decision on who will succeed Jose Mourinho as the club's permanent manager, despite interim boss Ole Gunnar Solskjaer racking up eight consecutive victories.

The 3-1 victory over Arsenal in the FA Cup on Friday stretched Solskjaer's perfect start in charge to eight games, and many fans have been incredibly impressed with the Norwegian's impact since replacing Mourinho.

However, according to the ​Mirror, senior officials at the club want to consider all the possible options before making a decision, believing that the process will take months rather than weeks.

An insider said: “It is going fantastically well under Ole, but the club is sticking with a process that will not be concluded until the summer.” However, United are eager for Solskjaer to continue his impressive run in charge of the team, and he is now described as a 'serious contender' for the role.

Prior to Solskjaer's arrival, it was legendary manager Sir Matt Busby who boasted the longest undefeated streak at the club. He embarked on a six-game winning streak after assuming control of the side in 1945, but Solskjaer's side has already comfortably eclipsed this.

The likes of ​Paul Pogba, ​Anthony Martial and ​Marcus Rashford have looked in inspired form since Solskjaer arrived at Old Trafford, and many fans have been ecstatic with the transformation from Mourinho's time in charge. 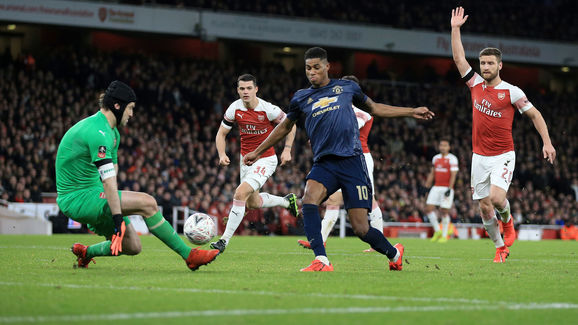 United have enjoyed emphatic victories over the likes of ​Bournemouth and ​Cardiff City, whilst impressive wins against ​Arsenal and Tottenham have left many fans calling for Solskjaer to be given the role on a permanent basis.