What a start to the 2019/20 Premier League season it was for Manchester United, who stormed to a resounding 4-0 victory over Frank Lampard's Chelsea.

​Opta noted that the result was United's fifth consecutive opening day league victory, and their longest such run since winning six in a row between 1905 and 1911. So, if you didn't realise, it was a pretty big deal. However, does getting off to a winning start always guarantee success?

Here's a look at United's last five opening day matches, and what actually happened to the Red Devils in each year. 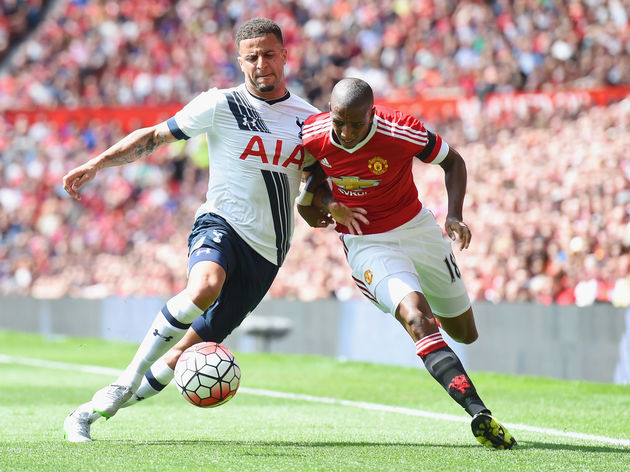 To start the 2015/16 season, ​United picked up a nice 1-0 win over ​Tottenham Hotspur​, in a game which was infamous for its lack of action.

An own goal from then-Spurs man ​Kyle Walker gave United the points, but the Red Devils - led by Louis van Gaal - continued with that lacklustre form all season as they ended up falling to a fifth-placed finish in the league. Spurs actually finished third, although a point against United would have seen them leapfrog rivals ​Arsenal into second.

The game featured the likes of ​Wayne Rooney, Memphis Depay and Bastian Schweinsteiger, and even a certain Ashley Young as a left winger. Oh, how times have changed. Jose Mourinho's first game in charge of United went about as well as he could have imagined as they stormed to an impressive 3-1 win over ​Bournemouth to start the 2016/17 campaign.

Goals from ​Juan Mata, Rooney and Zlatan Ibrahimovic were enough to see off the Cherries, with United looking strong under Mourinho.

However, the positivity didn't last too long, and a nasty run of draws saw them quickly tumble out of the top four. United ended up finishing sixth, although they did win the Europa League, which is always nice. ​ Mourinho picked up a second opening day victory in the 2017/18 season as United stormed to a 4-0 win over ​West Ham United.

It was ​Romelu Lukaku's debut for the Red Devils, and he marked the occasion by netting twice, before ​Anthony Martial and ​Paul Pogba both netted late on to complete the rout.

That's about as good as it got for Lukaku at Old Trafford, but it was still a good season for United, who went on to finish second - even if they were still a whopping 19 points behind ​Manchester City.​ For all the chaos which flooded Mourinho's final season in charge of the Red Devils, it's easy to forget that it actually got off to a good start in the form of a 2-1 win over ​Leicester City and a certain ​Harry Maguire.

Pogba's early penalty got the ball rolling, and ​Luke Shaw added a second after the interval which proved to be enough to bring home the three points. Unfortunately, it was pretty much the only good thing that happened to United that season, and Mourinho found himself out of a job by December.

Ole Gunnar Solskjaer took control and helped cheers things up for a few weeks, but the less said about their eventual seventh-placed finish, the better. And here we are, at United's emphatic demolition of ​Chelsea. The Red Devils were back to their dynamic, free-flowing best, as goals from Martial, Daniel James and a ​Marcus Rashford double were more than enough to see off the disappointing Blues.

However, as we've seen, it's impossible to draw conclusions from the opening game. They've finished as high as second and as low as seventh, and where they'll end up this season is anyone's guess.

Their last 4-0 win on opening day- against West Ham - saw them go on to finish second, so maybe United will be able to pull off something similar this year. Maybe.