Manchester United have 'made contact' with Portuguese midfielder Bruno Fernandes as they look to bolster their squad ahead of next season.

Despite not having their next manager confirmed United are already chasing new players for the 2019/20 campaign.

24-year-old Fernandes has been the standout player for Sporting CP this campaign, scoring 22 goals and contributing 11 assists for the Portuguese side. Fernandes was named the Portuguese League's Player of the Year last season joining a list of winners that includes David Luiz and Nemanja Matic.

According to Portuguese newspaper A Bola, Manchester Unitedhave made contact with the midfielder and are keen on bringing Fernandes to Old Trafford this summer.

He was given the captain's armband this season after the exodus of players including Rui Patricio and William Carvalho due to the training ground attack at the end of last season.

Fernandes opted to stay loyal to Sporting and that has paid off as he has hit the best form of his career and is now being linked to some of the biggest clubs in the world. 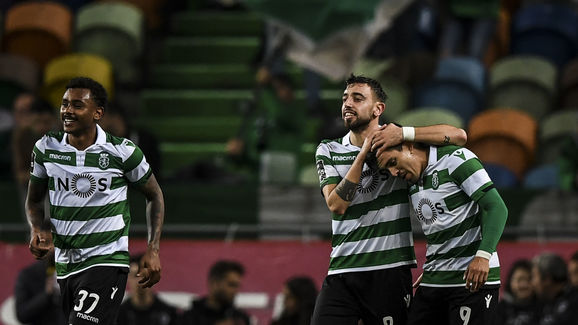 The interest in Sporting's star man doesn't end with Man Utd, their biggest rivals​ Liverpool are also reportedly interested in bringing him to the Premier League.

Fernandes signed a new deal with Sporting last summer which put a €100m (£87m) release clause in his contract, although it is unlikely that either United or Liverpool would pay this amount with A Bola speculating that a sum of €60-70m would be impossible for Sporting to reject.