Despite defeat to Bournemouth at the start of November, Manchester United have shown important signs of improvement in recent weeks in both the Premier League and in the cup competitions.

On Wednesday 23 October, United were without an away win since that remarkable victory in the French capital against Paris Saint-Germain back in March in the UEFA Champions League.

Just one week later, United had picked up not just one victory on the road but three, with the success at Chelsea in the Carabao Cup particularly impressive, given that the Blues had won their previous seven games, coupled with the fact United had beaten Chelsea at Stamford Bridge just three times in 18 years before Wednesday. 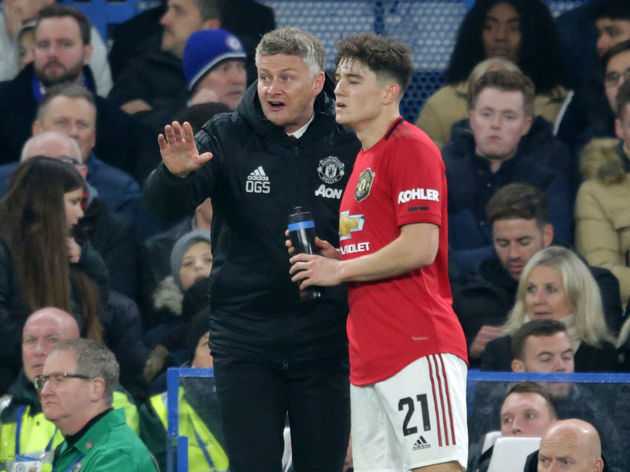 While on paper people will say it was only Partizan Belgrade and Norwich - the two other sides United defeated away from home in this period - these are still crucial victories as United hadn't been beating sides of this low calibre away this term.

Defeats at Newcastle and West Ham in the Premier League along with a turgid draw against AZ Alkmaar are just a few of the samplings that United have offered up on the road since August.

As the full time whistle blew, it felt that United had taken a major step back, and the encouraging work of the previous week had all been undone. The midfield three of Scott McTominay, Fred and Andreas Pereira looked void of creativity and ideas whilst up front Marcus Rashford and Anthony Martial failed to influence the game in any manner.

So, taking that performance into account, is there the need for the 'crisis' label to come flying out again thick and fast?

The answer is no.

Since then, United have swept aside Partizan at home with this 3-0 victory, largely down to the brilliance of the front three of Rashford, Martial and, in particular, Mason Greenwood, with all three getting on the scoresheet. If they do this and are also clinical in both boxes, United - who are now 13 points behind third placed Chelsea - should beat both Brighton and Sheffield United and go into December in confident mood with the season just about still alive.

f United can come through unscathed in the coming weeks, fixtures against Manchester City and Tottenham at the start of December will provide even greater showcases to display to everyone exactly where they are at. The upcoming weeks are so important for Solskjaer. The defeat at Bournemouth must become just a blip, and they have to continue the form they have shown in the other games recently and go on a run now and climb up the table.

There is more than enough ability in the side to start picking up wins on a consistent basis and make something of this season, starting at Old Trafford against Brighton on Sunday.