Manchester United rounded off a successful pre-season schedule over the weekend after a 2-2 draw with AC Milan (followed by a penalty shootout win) came off the back of four consecutive wins and a number of impressive individual performances at various moments.

Plenty of players stood out, some for the rights reasons and a handful for the wrong reasons.

Here's a look at three losers and four winners from United's pre-season action. While a number of other United stars looked fresh and motivated during pre-season, Nemanja Matic looked slow and off the pace.

Whether he's disinterested or simply past his best at the age of 31 remains unclear, but what is certain is that the Serbian doesn't deserve a regular starting place this season. United had six first-team centre-backs already this summer and have now landed a seventh in the shape of ​£80m buy Harry Maguire. That level of competition made it crucial for the existing group to stand out during the five pre-season games and stake their claim for a place.

Eric Bailly was cruelly ruled out of the mix after suffering a knee injury that required surgery during the clash with Tottenham in China. The silver lining is that he won't be sold like one or two of the others might now be as being injured makes him much less saleable. While it is still possible that he could leave United this summer, even after the proposed exchange deal with Juventus for Paulo Dybala fell through over wage demands and questionable motivation, the likelihood now is that Romelu Lukaku stays put.

The Belgian has missed all of pre-season with a niggling injury, cynics would say an exaggerated injury to accelerate his departure. It means if he does remain, he will be several weeks behind the rest of the squad in terms of vital fitness and tactical integration. 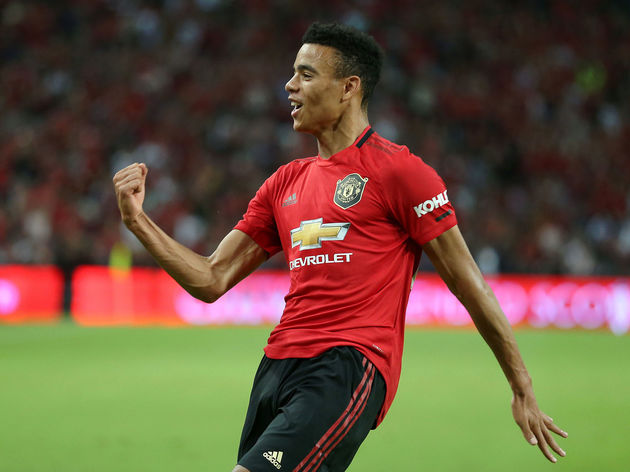 The player who most benefitted from Lukaku not taking part in any pre-season game was 17-year-old Mason Greenwood, who underlined his potential for the future and even staked a claim for an immediate first-team place after several livewire performances.

Greenwood got a handful of senior outings last season, but this was his first real chance to get a proper extended run out in a game environment. What's more, he thrived, showing maturity and composure beyond his tenders to perfectly complement raw technical ability. As a new £50m signing from Crystal Palace there was immediate pressure on Aaron Wan-Bissaka to hit the ground running in a United shirt and that was exactly what the 21-year-old did.

The England Under-21 international was able to show his ability at both ends of the field across the five pre-season games, all offering different tests. His powers of recovery and enjoyment of basic defending is refreshing when so many modern full-backs are pre-disposed to attack first. Daniel James arguably had less to prove than Wan-Bissaka after joining United for a fraction of the fee, but the pressure was still on for the Welsh winger to show he was worthy of his transfer from Swansea. Thankfully, fans were immediately impressed.

At 21 years of age, James is far from the finished article and may never will be. He also lacks the clinical end product of an elite talent. But his electric pace will make him a hugely effective weapon for United this season, even if that just means winning the ball back high up the field because his speed means he can react and reach loose balls before most opponents. For two years under Jose Mourinho and latterly under Ole Gunnar Solskjaer in the second half of last season, the jury was out on Scott McTominay. This summer, however, he has come on leaps and bounds and appears set for a regular starting place in United's first-choice midfield.

The Scotland international has developed into a powerful midfield runner almost overnight and appears much more physically strong than he was just last season. He always had the work ethic, but now has the physical attributes, the confidence and the winning mentality to go with it.