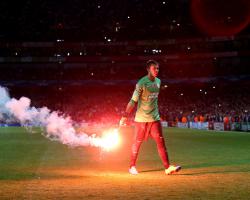 And now reports from Turkish site Sampiy10 (translation required) suggest that United have launched a huge ÃÂ£24.7million bid for the Uruguay international, despite being heavily linked with Tottenham and France keeper Hugo Lloris.

The reports in Turkey go on to say that United have been following Muslera's career for the last two years, with the club ready to move in for the 29-year-old.

Galatasaray's management aren't keen on letting the Copa America winner go, but the clubs board will find it hard to resist such an offer from Manchester United.