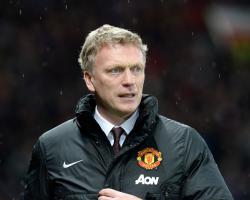 Exact details will be announced in the coming weeks, but United have confirmed that they will visit "a number of destinations in the country" on the tour this summer.

This will be United's fifth pre-season tour of the US, with the most recent one coming in 2011 when they played four American teams and Barcelona across three cities.

Plans for the tour may be affected if David Moyes' side have to take part in the early qualifying stages of the Europa League in early August.

The Red Devils currently sit seventh in the Barclays Premier League, some seven points off the Champions League qualification places.

It has been rumoured that United will take part in the International Champions Cup along with seven other major clubs.

Details for that competition are announced at 3pm UK time on Tuesday.

United's managing director Richard Arnold, said: "I'm delighted to announce that the team will be returning to the USA for our 2014 Tour, presented by Aon.

"Since the Club's last visit in 2011, the appeal of football in America has grown rapidly

NBC reported that this season's Barclays Premier League opening weekend saw the average viewership rise by 78% from the 2012/13 season, with Manchester United's match against Swansea being the most-watched game.

"Manchester United has over eight million followers in the United States and the 2014 Tour presents an exciting opportunity for these fans to get up close to the club they love."