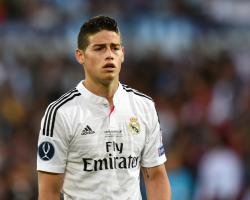 In the case of Manchester United the aim must be to avoid an unthinkable absence from next seasons Champions League.

Reports this morning are suggesting that United are very keen on a move for unhappy Real Madrid star James Rodriguez who joined after a sensational World Cup and ahead of fellow Colombian Falcao who was widely tipped to join Real before his untimely injury.

Rodriguez did suffer an injury while on international duty in September 2015 and did not return until November which reflects his lack of appearances and goals so far in the 2015-16 season.

The Manchester Evening News believe the deal makes sense both providing United with a highly marketable asset but also to add a quality attacking option as they push to improve on 5th in the table.

Offers upwards of ÃÂ£60m or even a United record are understood to be required to tempt Real to sell, especially with a transfer embargo looming.

Would Rodriguez be an Ed Woodward masterstroke?