​Manchester United face off against Spanish giants Barcelona in the UEFA Champions League quarter final on Wednesday at Old Trafford.

In the previous round, Ole Gunnar Solskjaer's side miraculously overturned a 2-0 first leg defeat to Paris Saint-Germain with a famous 3-1 victory at the Parc des Princes to reach the quarter finals - the first time the Red Devils have reached the last eight since 2013/14 under David Moyes. Meanwhile, ​Barça's late onslaught on the Lyon goal resulted in a 5-1 win at the Camp Nou in the previous round to reach the last eight for the 12th successive season, but ​Lionel Messi and co haven't progressed to the semi-finals since lifting the trophy in 2015.

It's the first meeting between the two sides since the Champions League final at Wembley Stadium in 2011, where the Spanish champions ran out 3-1 winners. Check out 90min's breakdown of Wednesday's clash below.

​Man Utd have been given a boost by the return of ​Marcus Rashford, who missed last Tuesday's 2-1 defeat to Wolverhampton Wanderers with an ankle injury.

The 21-year-old returned to light training on Friday and the forward is expected to be fit for Barcelona's visit, while ​Alexis Sanchez remains on the sidelines with a knee injury.

Barça boss Ernesto Valverde has also been given some positive injury news this week with ​Ousmane Dembele making a return from a thigh injury sustained against Lyon, which has ruled him out for the previous four La Liga games.

Midfielder Rafinha is a long-term absentee while Thomas Vermaelen has missed the last seven matches with a thigh injury.

Man Utd have met Barcelona on 11 occasions - eight in the Champions League - and the Spanish side just edge the contest with a four wins to United's three. 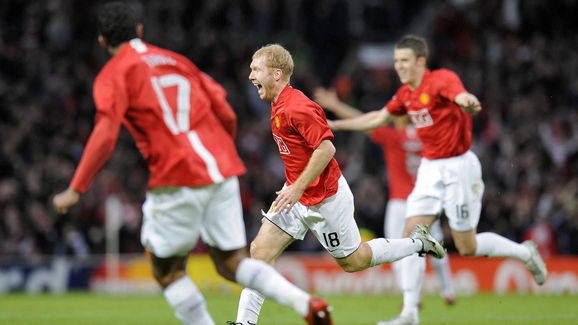 The last victory for the Premier League club came in 2008's semi-final, when a Paul Scholes wonder strike separated the sides at Old Trafford, with United going on to lift the trophy in May.

The now-permanent manager Solskjaer has struggled in recent weeks after his superb start as caretaker boss, losing three of the previous four games, which has seen United drop from fourth to sixth in the Premier League table. Meanwhile in La Liga, Barcelona extended their lead at the top of the table to 11 points after Saturday's 2-0 win over second-placed ​Atletico Madrid, with the champions losing just once in all competitions since January.

Given United's recent struggles, it's difficult to see past a Barcelona victory. Messi and ​Luis Suarez will be licking their lips at the prospect of facing Chris Smalling and possibly ​Phil Jones, with Messi on a typically scintillating run of 12 goals in eight games.

Of course, anything can happen on a European night at Old Trafford, but keeping out Barcelona could be Solskjaer's toughest job to date.