​Ole Gunnar Solskjaer will welcome his former side to Old Trafford on Sunday afternoon when Manchester United host Cardiff City in both teams' final match of the season.

After failing to beat an already relegated Huddersfield last time out, United's outside chance of playing Champions League football next season is over.

With rumours of a new technical director being brought in during the summer, as well as a mass player exodus during the transfer window, fans of the Red Devils will be hoping that next year proves to be a far more fruitful campaign.

Really sad day for everyone involved at the club. Throughout the season everyone at the club and every player gave everything they had! We fell short and it’s extremely hard to take. The supporters every week have been behind us  Thank you for the amazing support and voice! pic.twitter.com/l0x3ujUajZ

While United's hierarchy will already be making plans for the 2019/20 Premier League season, their opponents this Sunday will not be playing in England's premier division again for at least 15 months.

After succumbing to a 3-2 loss at the Cardiff City Stadium against Crystal Palace last Saturday, the Bluebirds' relegation to the Championship was confirmed - albeit a lot later in the season than many would have predicted.

Check out 90min's preview of the ​game below.

After exiting the field with an ankle injury in last Sunday's fixture, and with heavy rumours that he will leave in the summer, the Old Trafford faithful may well have seen the last of Alexis Sanchez in a Manchester United shirt.

Antonio Valencia and Juan Mata are other rumored departees this summer, so expect Solskjaer to give the fans the chance to say goodbye to these servants of the club.

Other notable absentees include Eric Bailly and Romelu Lukaku. With an eye on potential options for next season, the United manager may well look for replacements among some of his more talented young prospects.

A long and tiring season finally appears to have caught up with Neil Warnock's men. With up to six of his regular starters potentially ruled out due to injury - including talismanic centre back Sol Bamba - the Bluebirds lineup will also have more of an experimental feel to it. 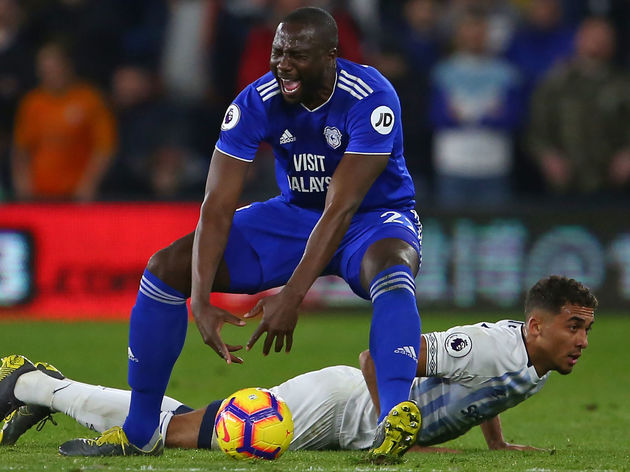 With both teams having spent the bulk of their time at opposite ends of the English football leagues, the head to head history between them is a little closer than one might expect.

Of the 30 games the two clubs have played, Manchester United have won 15 of them, with Cardiff picking up seven scalps along the way. However, all of Cardiff's victories were recorded pre 1960 and they have failed to beat United in their last eight attempts. The corresponding fixture between these teams back in December was Solskjaer's first game in charge of United after replacing Jose Mourinho. The Red Devils ran riot on that day, with Jesse Lingard grabbing a brace and Paul Pogba picking up three assists in the sort of performance that United fans have been clamoring for regularly from the Frenchman since his arrival.

When these sides last met, it acted as the catalyst for a remarkable United resurgence that saw them go on an impressive 12 game unbeaten run in the Premier League, and overturn an improbable first leg deficit to beat Paris Saint-Germain in the last 16 of the Champions League. However, in recent weeks United's performances have dropped off at an alarming rate. After being comfortably outclassed by Barcelona across both legs of their Champions League quarter final, Solskjaer's men were then thrashed 4-0 by Everton at Goodison Park. These results were followed by a loss at home to Manchester City, and a pair of drab draws that ended their pursuit for a top four finish.

After picking up a huge win away to Brighton back in April, it seemed like Cardiff could well defy all the odds by avoiding relegation. Unfortunately, the Bluebirds followed that result with three successive losses that ensured they would be playing Championship football next season.

This is how both sides have fared in their last five fixtures in all competitions:

With both sides being in the unenviable position of having little to play for in the last game of the season, the match has the potential to be more relaxed than riveting.

Next up for #MUFC: our final game of the 2018/19 campaign.  pic.twitter.com/bYmXeLV5SY

Neil Warnock's men will undoubtedly be desperate to give their traveling supporters something to cheer about in the last Premier League match they'll get to watch for quite some time, but the sheer number of injuries will probably prove too much for the Bluebirds.

United will be equally keen to pick up a victory in their last outing of the season, having gone winless in the last five. However, the lack of fluency and effort shown in recent weeks will be a big concern for all of those at Old Trafford on Sunday.

Expect United to be too strong in a scrappy affair.