The first images of Manchester United's third kit for 2019/20 have been leaked online.

United's home shirt for next season, which looks set to include a badge encased in a shield to pay tribute to the special European home jersey worn by United teams between 1997 and 2000, was also ​leaked recently, sparking a largely positive reaction from supporters.

Footy Headlines, who have garnered a reputation for providing reliable kit news, have revealed the first set of leaked images of the new ​United third kit, which is

The adidas shirt features a subtle graphic design which draws inspiration from the Manchester Rose. This is further highlighted by an inscription on the bottom left side of the shirt, which reads '110 Years - Manchester Rose - 1909 2019.'

This could be a reference to the 1909 FA Cup final, which United won over Bristol City and in which they sported a white shirt with a red rose on the chest.

The kit is set to be completed by black shorts and socks. 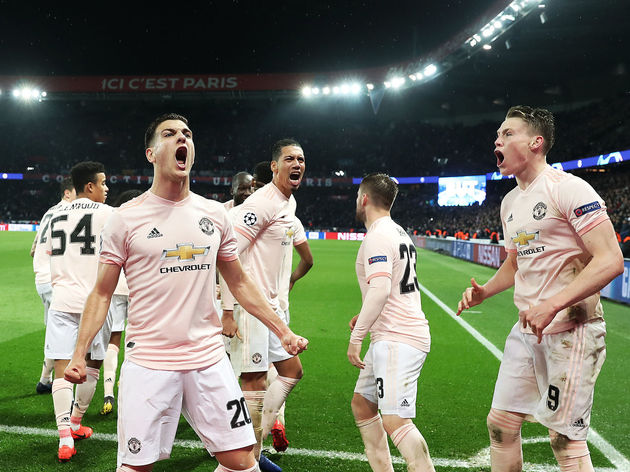 In other news, United will be preparing themselves for a potentially season-defining Champions League quarter-final clash against Barcelona on Wednesday.

Ole Gunnar Solskjaer's side come into the clash as the undisputed underdogs - particularly as they have only won two of their previous five matches in all competitions - but the Blaugrana will be mindful of the impressive performance the Red Devils put in to dispatch Paris Saint-Germain in the Round of 16.