​Manchester United forward Marcus Rashford has revealed that he dreams of becoming the next in the long line of academy graduates to go down in history as a true legend at Old Trafford.

Still (somehow) just 22 years old, the Englishman has already racked up over 200 appearances for his boyhood club and he is his team's top scorer for the current season. That kind of form has often seen him linked with the likes of Barcelona and Real Madrid in the past.

However, Wythenshawe-born Rashford insisted to FourFourTwo that his primary goal is to remain with his boyhood club for as long as possible as he wants to create a real legacy with the Red Devils. 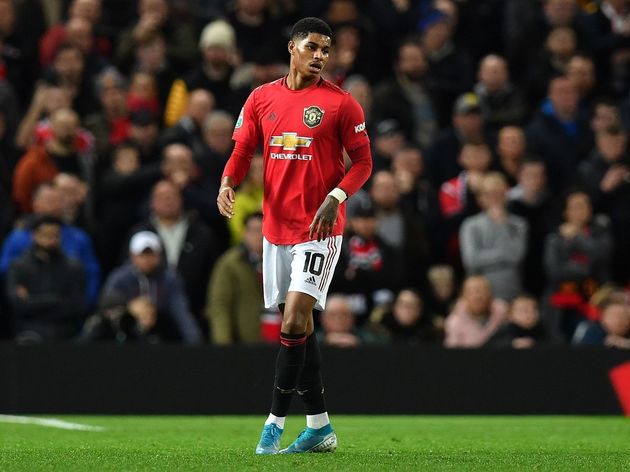 “[Becoming a legend] is always the aim,” he said. “You grow up around so many people who have that United legend status that it becomes part of your dream.

"When you dream of playing for Man Utd, you don’t only dream of making your debut; you dream of being like Beckham, Scholes and Giggs. It’s part of the dream as an academy lad.”

It has been a real rollercoaster of a season for Rashford. On one hand, he has been in some of the best form of his career, but a back injury suffered in January threatened to bring his season to an abrupt end.

Delaying the season because of the coronavirus outbreak may give Rashford the chance to return before the end of the campaign, and he admitted that he expects more of himself when he returns.

"How on earth!? Marcus, we've been missing you!"

“I know I can do more than I’ve shown, even this season,” he confessed. “But it’s not about rushing things. You have to understand that it will happen when it happens.

"When the timing’s right, everything will click together. Just believe in that process and believe in yourself. If you look at when you play your best football, it’s probably around the age of 26. That’s when you feel you can be the most complete player. Until then, you’re learning every day.”

Finally, he discussed his goals for the future, and it all revolved around silverware and seeing United return to the top of the football mountain. “Everyone wants to win trophies,” he added. “As long as the team is successful and we get back to winning titles and trophies, that’s the main thing for me.”

"That’s something we all share, every Man United fan: to get those moments back. We need to start showing signs that we can be the United of old. Football has changed a lot, so it’s not going to be exactly the same, but we know the club can do it. It’s been difficult, but it’s a period of transition. As long as we stay focused, I don’t see why we can’t turn things around and really improve.”