Following José Mourinho's departure from Old Trafford, Pochettino was one of several names to be considered for the role. Spurs even looked at other options amid fears he could leave, but United eventually opted for Ole Gunnar Solskjaer instead. Solskjaer's time at the club has certainly been disappointing, and the ​Mirror note that Pochettino has been watching closely as he still hopes he will be approached ahead of the 2020/21 campaign.

Pochettino is taking time off and wants to return to work in the summer, and he believes that there could be a chance ​United will approach him. The Red Devils don't want to replace Solskjaer just yet, but failure to finish in the top six could force their hand.

It has been confirmed by a source to 90min that Pochettino has long held an interest in taking control of United. A source revealed that the boss was '​gutted' when United chose to move for Solskjaer instead, but he has not given up hope. He has spoken to Sir Alex Ferguson since leaving ​Spurs and is hesitant to discuss a move to another side as the United job is the only one he truly wants right now.

It has previously been reported that Pochettino is ​'enchanted' by the idea of taking over at Old Trafford, while executive vice-chairman Ed Woodward is understood to be intrigued by the idea of hiring the Argentine.

However, the club's current focus remains on Solskjaer, who will be given time to turn things around. 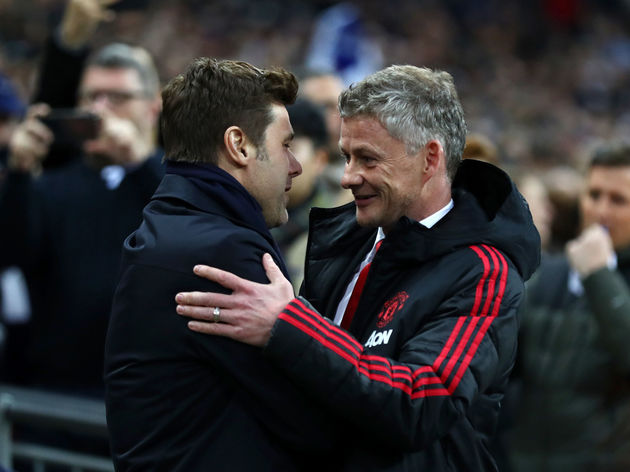 United currently sit eighth in the table, but they are just six points behind fourth-placed ​Chelsea. Club officials want Solskjaer to be the man to lead them back to the ​Champions League, but there is an awareness that they cannot afford to be away from Europe's top competition for much longer.

Major sponsors, such as Chevrolet and adidas, are understood to have clauses in their contracts which will reduce United's earnings if they fail to reach the Champions League again.

If Solskjaer is unsuccessful, United would consider moving on from the Norwegian, which could open the door for Pochettino once more.