Michael Owen has revealed he believes Manchester United will take points off Manchester City in the derby on Wednesday evening, handing Liverpool a boost in the Premier League title race.

City can move above second place Liverpool with a victory over their hometown rivals, while United can move into the top four if they secure three points.

​The Red Devils lost 4-0 at Everton on Sunday and Ole Gunnar Solskjaer will need a far better showing against the current Premier League champions, who defeated Spurs 1-0 at the Etihad on Saturday. However, former Liverpool and United striker Owen is backing Solskjaer's side to hold their local rivals to a 2-2 draw despite their recent struggles.

"All at the club will be hurting after their 4-0 defeat at Everton but they have the ideal opportunity on Wednesday to put the record straight – they certainly cannot play as badly again. 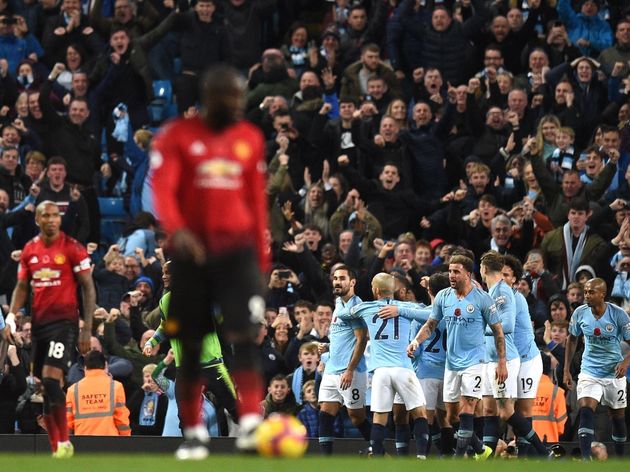 "City must do without Kevin De Bruyne – injured against Spurs at the weekend – which is a huge loss for the champions, but I expect to see opportunities and goals at both ends.

"This is a massive ​game for both teams and one which, I feel, could be pivotal in the destiny of the 2018/19 Premier League title."

Should Owen's prediction come true, Jurgen Klopp's ​Liverpool will have the advantage going into the last three games of the season. They would have the opportunity to take advantage on Friday night when they host Huddersfield, before clashes with Newcastle and Wolves, while ​City take on Burnley, Leicester and Brighton after their game against ​United.