Manchester United goalkeeper David de Gea moved to joint third on the Premier League list for most saves in a single game while preserving a clean sheet as a result of his master class between the sticks that helped his team beat Tottenham on Sunday.

De Gea has previously made as many as 14 saves in a single Premier League game - famously keeping Arsenal at bay in a 3-1 United win against the Gunners last season - but this was his best ever tally while still also managing to record a clean sheet.

Research from Your-Promotional-Code.co.uk reveals that the Premier League record (since 2003/04) is still held by former Newcastle goalkeeper Tim Krul when he made 14 stops to successfully keep Tottenham at bay during a game in the 2013/14 season.

The Magpies snatched a 1-0 win that day and had the heroic Dutchman to thank for doing so. 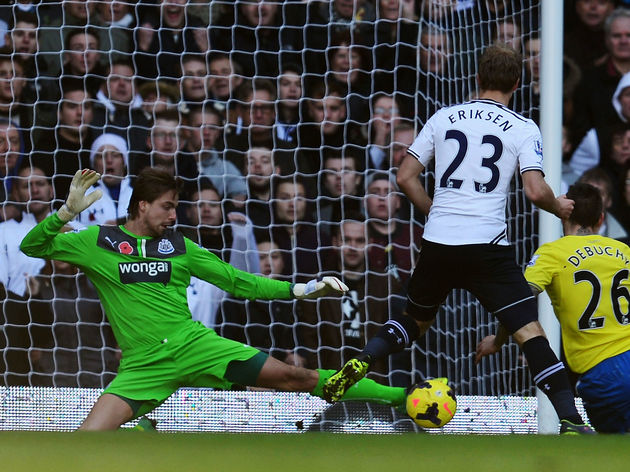 The only other goalkeeper to make more saves in a Premier League game and keep a clean sheet than De Gea is the man he replaced at Old Trafford, Edwin van der Sar. His 12 saves while in action for Fulham back in 2003/04 frustrated eventual champions Arsenal in a 0-0 draw.

Scott Carson and Fraser Forster have both made 10 saves in Premier League games where they have kept a clean sheet for West Bromwich and Southampton respectively.

A rather bizarre fact is that of these 10 goalkeepers, six of them (Krul, Van der Sar, De Gea, Green, Myhill, and Forster) actually had their heroic day against either Arsenal or Tottenham.

Meanwhile, none of the goalkeepers were representing the home team in any of the fixtures.