A stunning strike from 19-year-old Matty Longstaff on his Premier League debut was the difference as Newcastle picked up a priceless victory on Sunday and piled further pressure on Ole Gunnar Solskjaer.

After an early ​Newcastle flurry, the game took on a predictably sluggish turn, as two sides in concerning form went head to head, perhaps concerned about an early goal compounding their misery.

The closest thing to a chance inside the opening half hour came from the younger of the Longstaff brothers, as Matty - looking to make an impression on his Premier League debut - rattled the crossbar with a stinging long-range effort. A dreary first half yielded precious few chances, but Harry Maguire was handed a glorious one on a plate just before the break, and was left with his head in his hands after sending a free header wide of Martin Dubravka's post from the edge of the six-yard box.

As the game progressed, both sides sensed the win was there for the taking, and the introductions of Andy Carroll for the home side and Mason Greenwood for the visitors throughout the second half opened the game up.

And with 20 minutes remaining, the magical moment that St James' Park has been crying out for for months finally came along. In fairytale fashion, it was Matty Longstaff - mightily impressive on his debut - who drilled a low effort past the despairing David de Gea from 20 yards to lift the roof off the stadium.

With his side languishing in the relegation zone, Steve Bruce made a statement with his team selection for this one, as he handed 19-year-old Matty Longstaff a Premier League debut - one of five changes from the side who were drubbed 5-0 by Leicester a week ago. The teenager partnered his brother Sean in midfield, and came in for the suspended Isaac Hayden, whose red card was the catalyst for that embarrassing defeat.

The other changes saw Allan Saint-Maximin come in for Yoshinori Muto, while the introduction of DeAndre Yedlin, Jetro Willems and Ciaran Clark facilitated the switch back to a back five; Bruce seemingly wary of conceding early and suffering another damaging defeat. 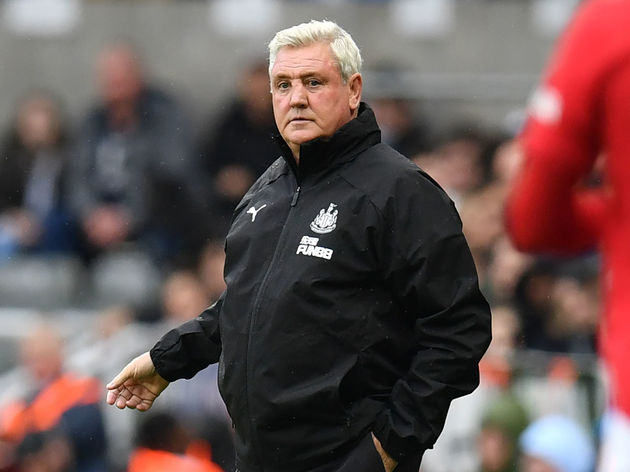 Frustrating the visitors was the game-plan, and though it may have been uninspiring to watch, it proved effective in stifling a United side bereft of any ideas whatsoever.

They had to make the most of their chances when they came along, and did just that when the younger Longstaff took a pass from Jetro Willems - whose quick feet had bewitched the United defence - and provided the inspiration.

It's difficult to put a value on this win for Newcastle, but it moves them out of the relegation zone and gives them some much-needed momentum to take into the international break. They are a long way from out of the woods, but perhaps now have a sight of the exit.

STAR PLAYER - Well then. Where on earth has Matty Longstaff come from?

Sean Longstaff's younger brother had only previously made one senior appearance for Newcastle, coming in the EFL Cup tie with Leicester that resulted in a penalty shootout defeat, but he was thrown into the engine room alongside his sibling and looked more than up to the task.

19 - With what was their first shot on target of the match, Mathew Longstaff has become the youngest player to score on their Premier League debut for Newcastle United (19y 199d). Arrival. #NEWMNU pic.twitter.com/dwreSAGy7n

Matty Longstaff, probably the best ginger midfielder to ever score in a match between Newcastle United and Manchester United.

He wasn't lacking in confidence either, twice trying his luck from distance and getting his reward the second time around. Newcastle needed something to spark life into their season, and while it's early days yet, his emergence may just be that.

Crisis is in fashion in the Premier League. Local rivals Manchester City slipped to eight points off top with a defeat to Wolves earlier on Sunday, and much has been made of Tottenham's precipitous descent over the last week or so.

10 away fixtures without a win.

0 shots on target against AZ Alkmaar.

Not scored more than one goal in a game since August 11th.

But at least they’re in a strong position in their Europa League group. pic.twitter.com/uQhyOKzNvR

The injury crisis garnered little sympathy from fans and pundits alike, however, with the expectation of a win here firmly placed on United. Amid all the negativity surrounding the club, no less than three points were required to lift their season back onto the rails.

Their first half display, however, was summed up by Marcus Rashford's touch map. Not one of his eight came in the Newcastle area. And if their first half performance was lethargic, then what was served up in the second bordered on abysmal. The themes of toothlessness and tactical naivety have plagued their season so far, but have rarely been as prominent as they were here, as they failed to fashion a way into the game - especially after going behind.

It's another concerning result for Solskjaer, who fast needs to find a way to get a tune out of his side - or risk an untimely exit from the club he loves.

STAR PLAYER - In truth there weren't many positives about United's display, but the emerging defensive talent of Axel Tuanzebe was once again clear for all to see.

His attitude since being thrown in at the deep end by Solskjaer has been exemplary, prepared to fill whatever role is required of him across the back line, and he's shown a level of composure and confidence that really shouldn't be present in a 21-year-old featuring heavily for a team struggling.

Axel Tuanzebe made 6 ball recoveries in the first half vs. Newcastle, more than any other player on the pitch.

Dalot, Tuanzebe and Fred all staring in the PL?

His versatility is also a massive plus for a United side on their knees with injuries. He played at left-back against Arsenal and started at centre-back here, but was shifted out to the right after Diogo Dalot went off injured - albeit in a decision that perplexed some.

Tuanzebe out of the middle?! He's been the only positive ffs. #NEWMUN

The international break looms, with Newcastle's next game coming away to Chelsea on 19 October.

Manchester United, meanwhile, will be hoping to kick-start their season at the expense of Liverpool's title aspirations when they welcome