The 44-year-old has reportedly been held by Greater Manchester Police in relation to an unspecified domestic incident, though details have not yet been released as to why Butt has been detained. News of Butt's arrest comes from the ​Daily Mail, who report that neither the club, nor the police, have made a statement releasing any further details at this time.

The former United, who made 387 appearances for the club between 1992 and 2004, was appointed head of the club's academy in 2016 and has overseen the development and subsequent emergence of a number of youth players.

Marcus Rashford is the most high profile graduate from United's academy in recent years, but this season has also seen first-team opportunities afforded to James Garner, Mason Greenwood and Tanith Chong.

The Mail's report goes on to claim that ​Red Devils officials are still trying to establish the details of what has happened, though Butt's arrest is clearly an unwelcome distraction for the club.

Indeed, Ole Gunnar Solskjaer and the rest of the first-team squad currently out in ​Barcelona looking to overturn a 1-0 deficit from the first leg of their Champions League quarter-final tie, and the club are also embroiled in a hotly contested race to finish in the Premier League's top four. 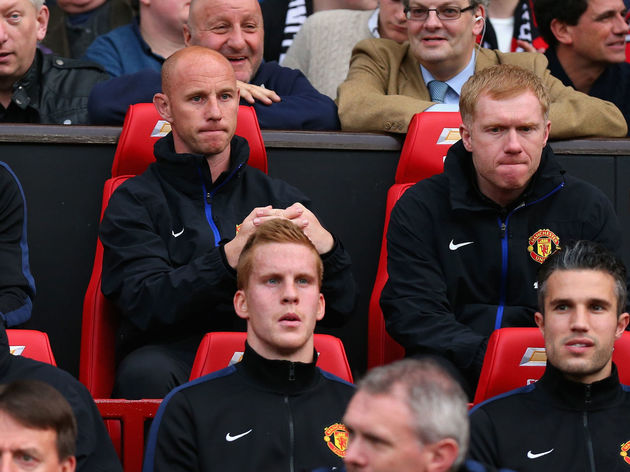 Butt's detention completes a rather embarrassing day off the field for United following the news that former United teammate and Class of '92 graduate ​Paul Scholes has been charged by the FA with misconduct for a breach of betting regulations.