​Manchester United striker Odion Ighalo has confessed that he didn't have a player's name on the back of his Red Devils shirt as a child because he couldn't afford to have one printed.

A boyhood United fan, Ighalo sealed his dream move to Old Trafford in January, and he managed four goals in eight appearances before football was suspended. Speaking to ​Inside United, Ighalo reminisced about his childhood as a ​United fan and what it was like following the Red Devils in Nigeria.

“I had a United jersey but no player name on the back,” he revealed. “It was one of the old blue ones but definitely no name on the back. You have to pay to put names on the back and there was no money to pay for that! I just got the United top

“It was a blue one but a long time ago. I can’t remember as I was very, very young.”

The shirt was actually from the 2005/06 season, so the likes of ​Cristiano Ronaldo, Wayne Rooney or Rio Ferdinand would have been right at home on the back of that shirt, but I'm sure Ighalo would have gone for Phil Bardsley over them all.

“When did I first set my eyes on [Old Trafford]?” he continued. “It was in 2013 when I came to see the stadium, to visit it and go around, taking pictures outside the stadium. The first time I played there was for ​Watford in 2016.

”Manchester United is a big club. When I saw that, I was amazed. I was outside the stadium and I took pictures. Then I played there with Watford, against United, and it made me even more happy. I came out of the stadium and stood looking at it. 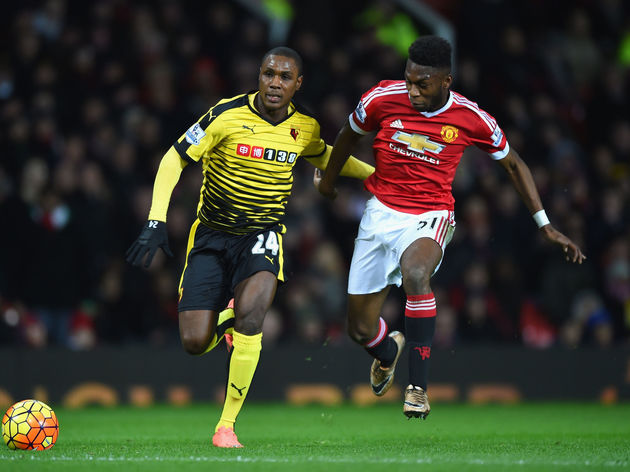 “This is the stadium you have been watching back home when you were young and now you’re playing here for Watford against Man Utd. It feels good.

“And even now, playing for United? It’s making even greater moments for me."