​Manchester United interim manager Ole Gunnar Solskjaer has claimed that Alexis Sanchez will relish getting booed by Arsenal fans, as he prepares to face his former club in the FA Cup on Friday.

Since swapping the Emirates Stadium for Old Trafford last January, Sanchez has struggled to impress for United. He has netted just four goals in 34 appearances and has often found himself out of the starting lineup, but he will get another chance to impress when the two sides collide on Friday.

Speaking to reporters ahead of the game, Solskjaer confirmed that ​Sanchez will play and that he is looking forward to the occasion. He is quoted by ​Goal as saying: "He'll be involved.

"I think he’ll love it if the crowd turn against him. As a player, pride kicks in and you think 'I'll show all of you'. He's been fantastic in training, his attitude has been spot on so hopefully he'll enjoy the game."

Sanchez is yet to play at the Emirates since leaving ​Arsenal, with the last London meeting between the two coming in December 2017, when Sanchez was still with Arsenal. The Gunners suffered a 3-1 defeat at the hands of ​United, and they will certainly be looking to avenge the loss.

Solskjaer then went on to discuss the legendary rivalry between the two sides during the 1990s. He added: "Fantastic, that’s the one fierce rivalry on a football basis in my years between the two of us.

"Always the closest rivals, they win the double, we win the treble, and the games were just fantastic. We had a great team and they had a very good team. 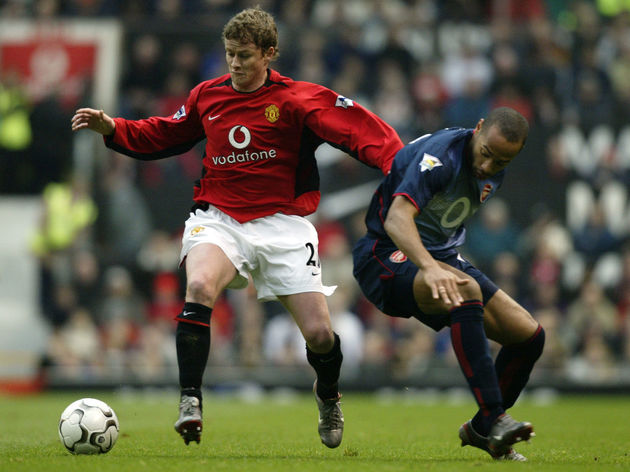 "I think I scored once against David Seaman, but the French connection they had; [Thierry] Henry, [Patrick] Vieira, [Robert] Pires, [Emmanuel] Petit, I met them a couple of times in the FA Cup.

"I think I won two semi-finals but we lost 2-0 at home one year, there were some tackles flying in between the two teams. Fantastic games."