​Manchester United manager Ole Gunnar Solskjaer has admitted that their local rivals Manchester City are on a different level as it stands.

City returned to the top of the Premier League after beating United 2-0 at Old Trafford thanks to second half strikes from Bernardo Silva and Leroy Sane, with David De Gea being questioned on both goals. 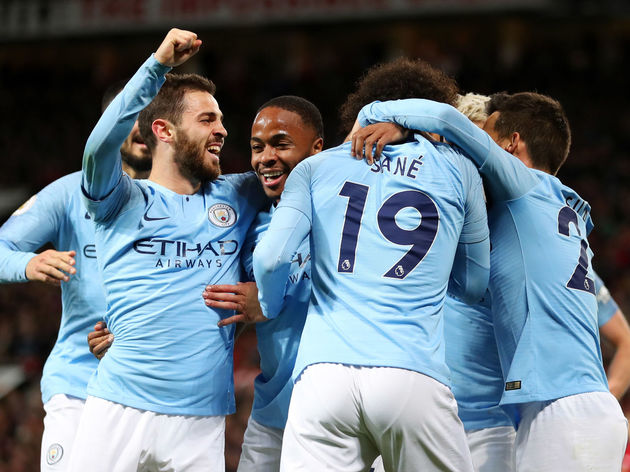 The Red Devils only managed one shot on target during the defeat, which was their seventh in nine games, having failed to score in their last four fixtures.

"Towards the end you can see the difference," Solskjaer said, as quoted by the Manchester Evening News.

He added: "I thought we held our own, the players came out with a great attitude, we got a reaction from them, we got a reaction the crowd, we had some half-decent chances, they had probably the biggest one with ​Sterling, of course, just before half-time.

"But at half-time we felt we're still in the game and then the more the game went on after they scored you could see the difference.

"Of course you're at home against a very good team but at home you want to win games like this. But they've set the standard and over the last couple seasons they've been best team in country and that's the challenge for us to get to.

On Sunday Manchester United didn't want it enough. On Wednesday they wanted it, but were miles away from being good enough.

Both are separate problems, neither are easy to solve, and nothing so far suggests that this club is clever enough to solve either.

"And we're clearly not there now and that's for everyone to see but that's why I'm in the job for: To improve and get closer to them."

Man Utd remain in sixth, with a place in next season's Champions League in serious doubt, as they currently lie three points off fourth placed Chelsea with just three games remaining.