Having scored his 10th Premier League goal of the season in the home victory over Watford at the weekend, Rashford was missed as United slumped to a 2-1 defeat. 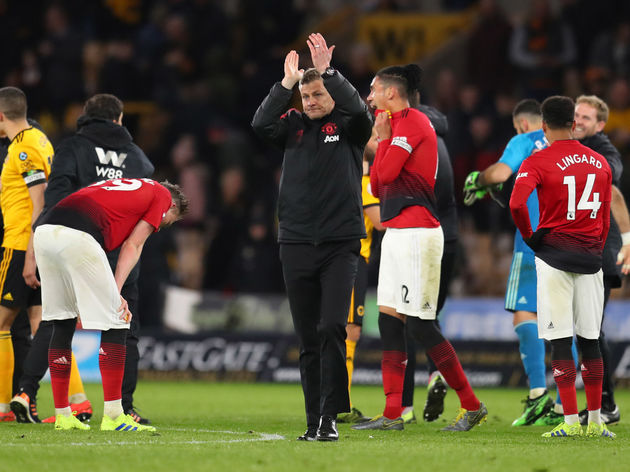 A Daily Mail report had earlier alleged that he was sent home due to illness, but that appears to have not been the case as manager Ole Gunnar Solskjaer instead spoke of the ankle issue.

"He got a knock again, but it's a different ankle, it's not the same ankle luckily. We tried to get him fit but he didn't make it so, hopefully we can mend him for the next game," Solskjaer told Sky Sports.

It could threaten to make Rashford a doubt for United's next outing. Fortunately, the club is not in action this coming weekend and it will be another week before the next one, the first leg of the Champions League quarter final against Barcelona at Old Trafford. Long-term absentee Alexis Sanchez will almost definitely miss the game against his former club, while Ander Herrera is also a potential doubt after being ruled out of the Wolves defeat.

Ashley Young and Luke Shaw will both be available to face Barcelona in Europe, however, their forced domestic absence through suspension is set to give Solskjaer a selection headache in the Premier League later this month.

Young's red card against Wolves for two bookable offences means the veteran full-back will be suspended when United host West Ham in the Premier League on 13 April. Shaw collected his 10th yellow card of the season in the same game, resulting in a two-game ban that rules him out of the West Ham fixture, as well as the trip to Everton on Easter Sunday. The West Ham game could see the return of outcast Matteo Darmian as an emergency left-back, with Antonio Valencia still seemingly unavailable, despite playing 90 minutes for Ecuador during last month's international break. Diogo Dalot is the only other full-back in the squad.