The Portugal international, who sealed a £47m move to Old Trafford in January, was in charge of United's free kicks and corners during the game. It was from a corner that Harry Maguire rose to head home the team's second goal and effectively seal all three points for the Red Devils. Speaking after the game (via ​Goal), Solskjaer confessed that he had never seen delivery quite like Fernandes', and he is looking forward to seeing his relationship with ​Maguire grow as the season goes on.

"He's a top player, he wants to get on the ball," he said. "But at set-ball delivery he's top class, one of the better ones I've seen.

"And Harry, we know if he can get a run on the ball he's dangerous and he got the goal."

Amazing 3 points against a really tough opponent 🙌🏻 Ready for the next match 💥 #MUFC @ManUtd pic.twitter.com/CRfeYNNnbS

The win was enormous for ​United, who are well in the race for ​Champions League qualification now. They currently sit seventh on 38 points, but that is just three behind ​Chelsea in fourth.

With ​Manchester City's European ban, even fifth place may be good enough to qualify, and Solskjaer confessed that Monday's win has given his side a fantastic chance of doing exactly that.

"Of course we want to be in the Champions League next year, and we've given ourselves a chance by this result, but we know that we need to improve," he said. "On creating chances, scoring goals. We showed a clean sheet again today, a foundation to build from. 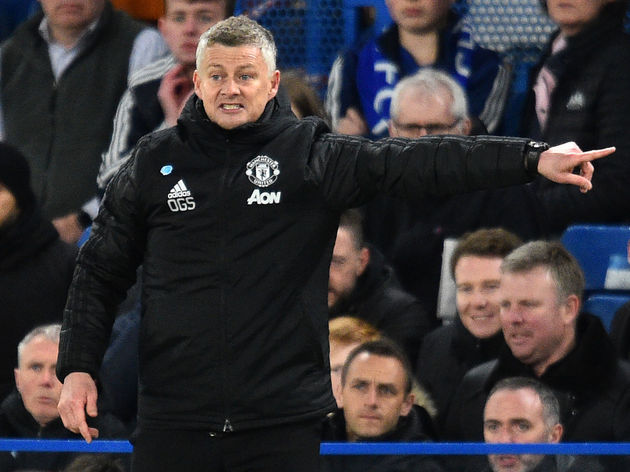 "We're going to work hard, recover now because we've got a game on Thursday. So thanks for the help, all the recovery we get in Europe."

United will now turn their attention to Thursday, when they will travel to Belgium to face Club Brugge in the first leg of their Europa League knockout tie.