Sanchez made his return to action as a late substitute against Barcelona on Tuesday night after several weeks out with a knee problem, while Matic has missed eight of United's last 11 games in all competitions as a result of injury and illness. 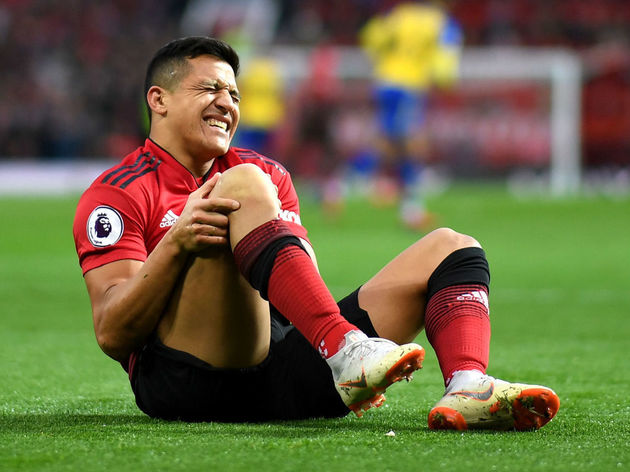 And while Herrera and Bailly probably won't be fit enough to face Everton this weekend, their return to fitness could come in time Manchester derby on Wednesday and the almost immediate visit of Chelsea to Old Trafford the following weekend.

"We'll have 20 [players] training this morning [Friday], plus the keepers, which is not bad. Nemanja and Alexis had a good session [on Thursday] as well, so they will probably be involved," Solskjaer explained to MUTV shortly before his weekly press conference.

"The squad is looking good and getting better and better, I have to say. Ander is back in training, he's been working really hard. Eric will be back in training over the weekend, Antonio [Valencia] we're not sure about yet," the United boss added. Luke Shaw will be missing as he serves the second game of a domestic suspension.

United have been beaten in two of their last four Premier League fixtures and the earlier momentum in the race for the top four has been lost. Ahead of this weekend, they sit in sixth place, two points behind fifth place Chelsea and fourth place Arsenal.

Tottenham are only a point further ahead of the others, meaning that third place is still within reach, but only if United can take control and win their own games – a task perhaps easier said than done after a noticeable drop in performance levels in recent weeks.

Solskjaer is not shying away from the task at hand and insists the players are in a good mental state and ready to go again, despite the nature of this week's Champions League elimination.

"It's great to have games to look forward to and the focus has changed straight away," Ole says. "Of course we spoke after the game [on Tuesday] but now we've got a fantastic week to look forward to." #MUFC pic.twitter.com/ZSsAtl5zok

"It's a fantastic week to look forward to, the players are in a good state, mentally, and they are strong mentally. I think we know at Goodison Park it is going to be a hard game, I think other teams have seen that as well," he later told the gathered media.

Everton have beaten both Arsenal and Chelsea at Goodison in the last four weeks, while also taking points off Liverpool there in the recent Merseyside derby. United beat Everton at Goodison last season, but have also lost four times at the stadium since 2010.