​Manchester United manager Ole Gunnar Solskjaer has suggested the club could sign up to two players in the January transfer window, but played down expectations of much winter recruitment activity.

Despite spending around £150m on new signings Aaron Wan-Bissaka, Harry Maguire and Daniel James this summer, much speculation has remained about United's plans to continue the expensive personnel overhaul in order to correct the struggling club's course.

Young British talent is known to be ​United's new preference in the transfer market, with Declan Rice, James Maddison, Jadon Sancho and a litany of others all linked to the club in the speculation swirl. However, any fans expecting one or more of those names to turn up at Old Trafford in January may be disappointed, as Solskjaer hinted that 'good deals' may be hard to come by in the mid-season market. Speaking ahead of the Europa League tie with Partizan Belgrade on Thursday, Solskjaer said (via ​Evening Standard): “Transfers - we always look at the league table, look at players. There might be none, there might be one, might be two in January, but the summer window is the big one and you can’t do many good deals in January.”

In addition to the younger British players who will likely be next to impossible to sign until the summer, United have also been linked with Moussa Dembele (Lyon), Erling Braut Håland (RB Salzburg), Emre Can and Mario Mandzukic (both Juventus) as they place priority on bolstering attack and midfield, after addressing the defence during the summer.

The latter two of that particular crop appear the most realistic as winter targets, while ​€100m-rated Håland has been ​tipped for an eventual Premier League move by his father. 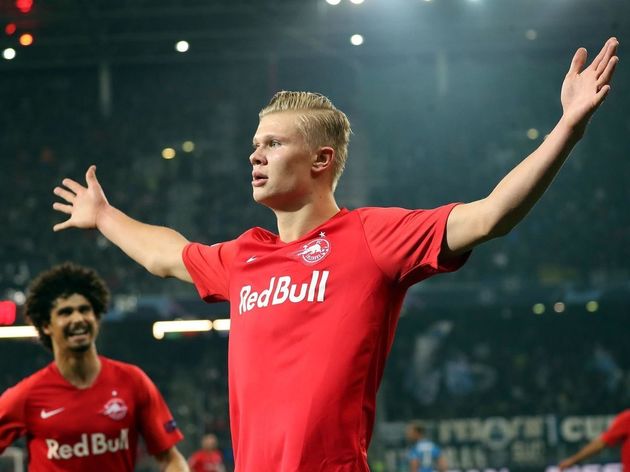 Meanwhile, ​Metro sensationally claim that United have already agreed personal terms with an 'unnamed target' ahead of January.

Solskjaer, however, seems more concerned with his current squad of players, backing his team to continue the improvement process once key players return from injury.

“This team is improving and the longer time we get together we’ll improve,” Solskjaer said. “We’ve come through this period since the last international break with at least some good performances, more belief, getting players back in and I can see the improvement in these young kids. “We need experienced lads, Paul (Pogba) back, Anthony (Martial) is back. Hopefully we get Luke (Shaw) back soon. Eric (Bailly) is coming back in soon. For us it’s not this tournament, it’s the whole process of this team.

“It’s hard work. Stick together, team spirit. The work everyone does every day is pleasing to see. They want to do well, for one reason or another we haven’t had results."