​Manchester United manager Ole Gunnar Solskjaer has said that he is not scared about losing his job, despite the Red Devils' miserable run of form in recent weeks.

United currently sit ninth in the Premier League, having fallen to draws against both Sheffield United and Aston Villa in their last two games. Many fans have called for the boss to be replaced, but he claims not to be feeling the pressure. 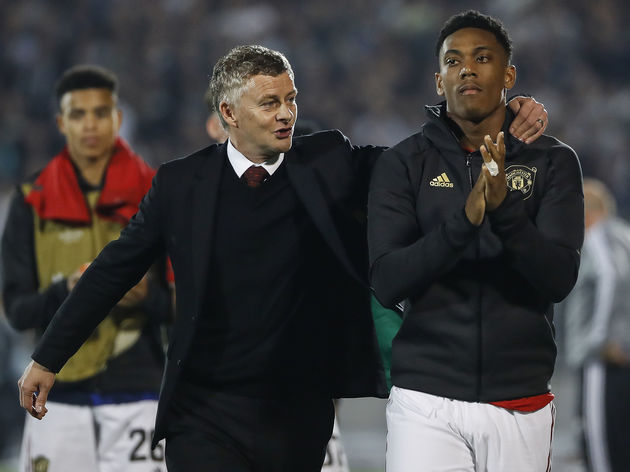 Speaking ahead of Wednesday's meeting with ​Tottenham Hotspur (via ​Manchester Evening News), Solskjaer insisted that he is only bothered about preparing for the next game, but he remains in conversations with the board about plans for the future.

"I'm just focusing on my job and that's doing as well as I can, looking forward to the next game, but also look long term, plan things with board," he said.

"It's that time of year, it's never nice to see your colleagues lose your jobs, three in a very short space of time. Some of them, you can talk about this VAR all day long, I don't know what the reasons are behind the sackings at different clubs, but one result - ​Southampton-​Watford - with the handball, and we're talking about something completely different.

"We've had too many draws for my liking, defeats of course, but draws we should have turned into wins, and football is a results business, of course.

"We're not happy, we know we can do better and are working hard to get those results on the board. The work that is going on here is always geared on us improving but we're not getting all the results that we've deserved."

​United will look to get back on track against Spurs, and they will hope to do so with ​Nemanja Mati​confirmed​Paul Pogba "[Pogba's] not ready, no," Solskjaer added. "He's still a bit away but he's working hard so let's see. He's out on the grass, let's see how long it will take.

"McTominay and Matic? Touch and go but let's get this training session out of the window, got more games than this one, can't look at just the one game, have to look at long-term."