​A pair of goalkeeping errors were the key talking points from Manchester United's 1-1 draw with Everton, with Jordan Pickford and David de Gea both guilty of mistakes in the first half that meant it was honours even at Goodison Park.

​It could have been so much worse for the visitors, though, as Dominic Calvert-Lewin had an injury time winner chalked off by VAR after Gylfi Sigurdsson was deemed to have interfered from an offside position.

The result put a minor dent in the Red Devils' European hopes, but they're still in a strong position with just ten matches remaining of the ​Premier League season.

Sums up the United season tbh. Some strives forward, more steps back and something embarrassing to continue the circle. pic.twitter.com/mcAbAyvVPh

Here were Solskjaer's thoughts on the match. 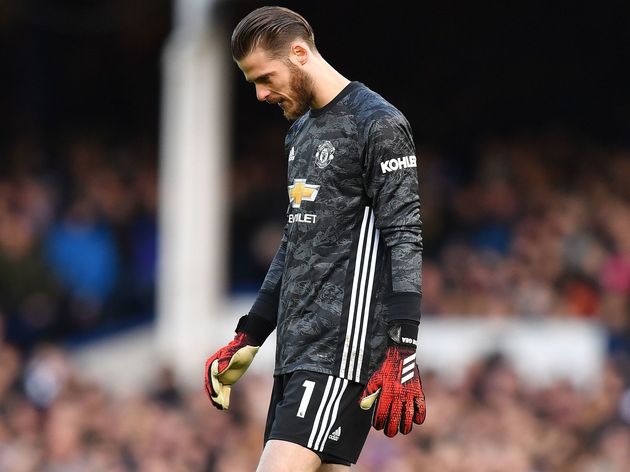 Just three minutes into the match, ​De Gea had the ball in the box with all the time in the world to pick a pass, but the Spaniard dithered on the ball and, as Calvert-Lewin closed down the goalkeeper, his attempted clearance deflected of the striker's boot to fly into the back of the net.

​It was another howler to add to his recent collection, with no player in the top flight guilty of making as many errors as De Gea's seven since the start of the 2018/19 season. Speaking after the match, Solskjaer discussed his number one's blunder, instead preferring to focus on Calvert-Lewin's endeavour.

"It's something that happens in football once in a while if you take too long on the ball," he confessed to the BBC, via the ​Express.

"Calvert-Lewin always chases everything and it's unfortunate that it goes in the goal. W 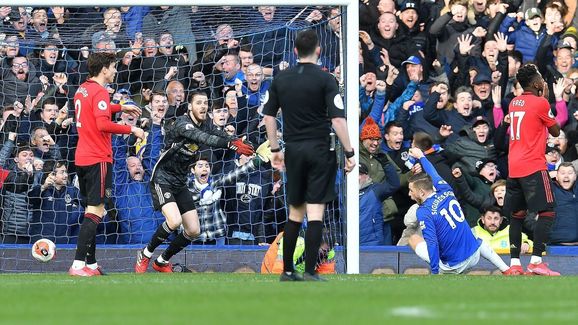 With the game looking like heading towards a stalemate, Goodison Park erupted in injury time as Everton thought they'd grabbed a late winner through Clavert-Lewin's deflected strike.

The Toffees peeled away in celebration, but their joy was cut short after VAR review deemed Sigurdsson to be obstructing the view of De Gea. The Icelandic international was clearly in an offside position but, despite not touching the ball, the game was chalked off much to the delight of ​United.

Solskjaer revealed what De Gea said to him after the final whistle, and praised his goalkeeper's save in the build up.

"It was a lively end to the game - we thought we could and should have won it and then it was drama at the other end. Solskjaer also admitted that a draw was probably the fair result, as neither side showed enough to claim three points on the day. Despite going behind early on, United dominated the first period, before Everton upped their performance for the second.

"It was a game of two halves - first half, we were excellent," he admitted.

"After that we played fantastic football and we should have been leading at half time, we could have won it at the end. We defended all second half and pleased with a point. "He's a good player and we have been missing that type of player to do that for us, I'm very pleased with his contribution," he added.