​Manchester United manager Ole Gunnar Solskjaer has insisted that flop forward Alexis Sanchez remains part of the squad and is ‘very close’ to making his return to action after international duty and an injury delayed his start to pre-season by several weeks.

After a very poor 18 months at Old Trafford, Sanchez has increasingly been linked with a move away from United in recent days as he looks to resurrect his once thriving career. Serie A quartet Juventus, Napoli, Milan and Inter have all been named as interested clubs, while Roma have also come and gone from the gossip columns.

And while Sanchez has been reported to be keen to go, one tabloid story even alleged that the 30-year-old faced being banished from the first team squad should he not leave by the time the last European transfer windows close on 2 September – the Italian deadline is 23 August.

Solskjaer publicly stated earlier this month that Sanchez is part of the plans at Old Trafford, and, asked about it again at his latest press conference on Friday in light of the recent speculation, the Norwegian has firmly reiterated that same stance. 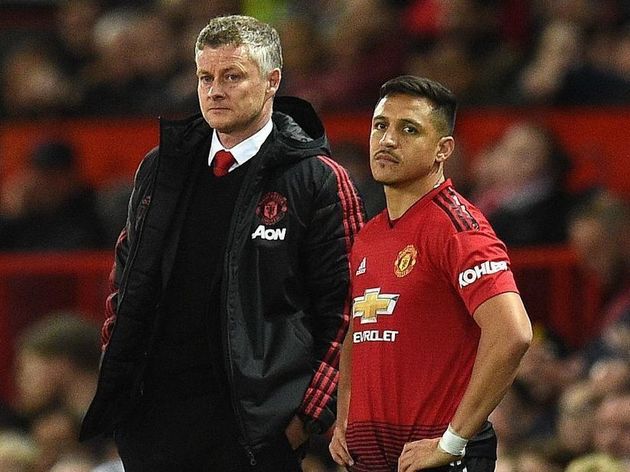 “He’s part of our squad and he’s a very, very good player,” Solskjaer explained, via ManUtd.com.

“He’s just had a couple of weeks [of training], three weeks now, so he’s a few weeks behind the rest, but he’s very close to being part of it [the squad].”

Ole on @HarryMaguire93: "He's just as composed off the pitch as he is on it. He's experienced, he's a big presence around the place, he's smiling and he's a personality that you like to have around." #MUFC pic.twitter.com/W43JO88tsj

For Solskjaer, being able to restore defensive strength after last season saw United leak a club record 54 goals in a single Premier League campaign is huge and will provide the basis for everything the team does over the next 10 months.

“The good teams I've played in always had a strong base with a settled backline. We hope to provide that for our attackers and midfielders,” the boss commented.

Fitness has also been something that is very important for Solskjaer. The players he inherited in December weren’t fit enough to meet his tactical demands for more than a couple of months and was a major reason why the season ended with just two wins from the final 12 games.

"Chelsea outran us in April but on Sunday we outran them — so that's a good shift for us," Ole says. "We had a young team so I expected loads of energy in them anyway, but we also had quality." #MUFC pic.twitter.com/TDQfSTT1T4

“Chelsea outran us in April but on Sunday we outran them — so that’s a good shift for us. We had a young team so I expected loads of energy in them anyway, but we also had quality,” he said.

“We’ve had a good pre-season, so fitness is better. We’ve got a young team, which of course gives us that energy, and we are mentally fresh. We’re in a good place at the moment.”