​Manchester United manager Ole Gunnar Solskjaer has confirmed they have received some good news about forward Marcus Rashford's back injury which suggests he could be back sooner than expected.

After suffering a double stress fracture in his back against Wolverhampton Wanderers in January, it was suggested that Rashford could miss the remainder of the season, while his involvement for England at Euro 2020 was also in doubt. 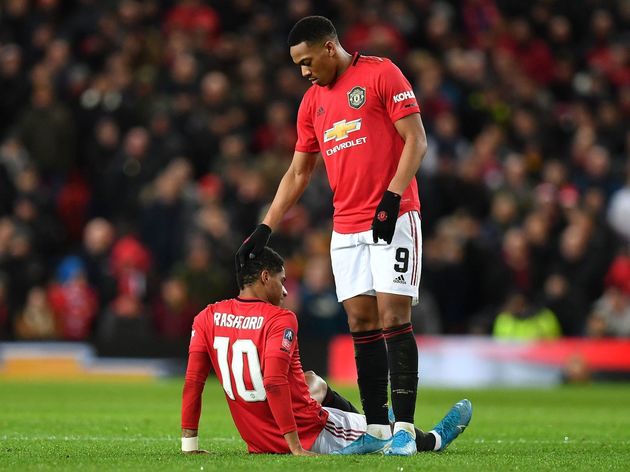 However, speaking at a press conference (via the Daily Mail), Solskjaer confirmed that things are looking slightly better for the Englishman, who is making good progress in his recovery.

"The scan came back quite positive but we will give him the time he needs," Solskjaer said. "

"He's around the place, in the dressing room before games, at half-time. He wants the boys to do well so he can come back and play in the Europa League, the FA Cup final. He wants to be there when the business end comes."

Yeah, of course Rashford needs to be given all the time he needs to recover. Playing a striker when he's already nursing a back injury can obviously lead to something more serious. You know, just like when Solskjaer opted to play Rashford against Wolves in the first place.

The Englishman wasn't fully fit back then, but it looks like Solskjaer has learned his lesson. The boss went on to shower Rashford with praise, insisting that his attitude and approach to life at Old Trafford is what he wants to see from everyone.

"His life is ​Man Utd," Solskjaer added. "He's watching the academy boys, his nephew, he's in and around the place. After training he goes and sees the under-18s.

"That's the family feel we want in this club as well and it's important to have Marcus, one of the main contributors on the pitch this season, also contribute off the pitch."