​Ole Gunnar Solskjaer admitted it will take a long time for his side to challenge for the Premier League title again after Manchester United's 2-0 defeat to Cardiff City on Sunday.

Bluebirds forward Nathaniel Mendez-Laing struck in both halves to seal a shock victory for Neil Warnock's relegated side at Old Trafford as the hosts ended what has been a tragic campaign in relegation form.

Ole: "We have a long way to be where we want to be.

"We have to come back with a different mentality and a different attitude of being a Man United team." #MUFC pic.twitter.com/0X5SvdDHX7

Defeat to ​Cardiff ensured ​United finished the season without a win from their final six games in all competitions, with the Red Devils finishing sixth in the table, 32 points adrift of champions ​Manchester City.

As quoted by ​BBC Sport, Solskjaer said: "The last couple of months have been extremely hard for the team, the club and for the players.

"More or less the only positive from today is that the season is over. We meet again on 1 July and we will work back to where we belong. To reach the leaders it will take a long time. For ourselves, the short-term focus in the league will be getting into the top four. 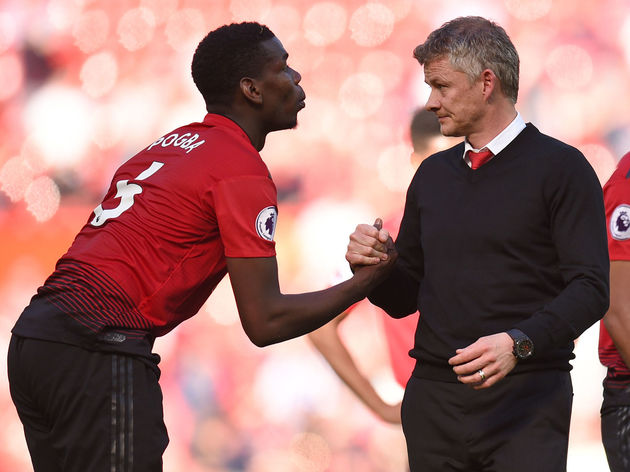 "We have got the Europa League, FA Cup, Carabao Cup to go for a trophy because Manchester United can't go many years without winning a trophy. Jose [Mourinho] won the Europa League last and that is a realistic ambition.

"In the league, the points we are behind the top two, they have been excellent, those two. Absolutely exceptional. And we are five or six points behind ​Arsenal, ​Tottenham, ​Chelsea. They are the ones we have to make sure we catch up and don't let anyone closer to us."

With Ander Herrera and Antonio Valencia set to depart the club in the summer and uncertainty remaining over the futures of Juan Mata and Alexis Sanchez, Solskjaer admitted United will have to be busy with recruitment in the summer, while young stars may also get more chances.

Manchester United finish the season with two wins from their last 12 matches. Congratulations.

Paul Pogba is another star name who could depart, and Solskjaer added: "We will need players in. We will need some characters in but, of course, you see Mason [Greenwood] today, he is made for Manchester United and a player we will see a lot of."