​Manchester United manager Ole Gunnar Solskjaer has hinted that he is tired of giving players the chance to save their United careers.

Solskjaer has been in charge of leading United through a squad rebuild - which is still far from complete - with several members of the first team expected to leave at some point in the near future. Obviously, a big of the decision over who stays and who goes rests with Solskjaer, who sees the players every day during training. Unfortunately for some, it looks like he may have accepted defeat with some of the team's worst underperformers.

"It is hard to say in percentages, but we are getting there, day by day," Solskjaer said (via ​Manchester Evening News). "There are still some days here when I am not 100% happy with what has happened, but you understand because we are human beings. They are disappointed, but get on with it.

"I am not going to feel sorry for you (the player), you have to make yourself available for the next game and competitive in situations. That is what I like. I like to see players who say, 'okay, he has left me out for two or three games without explanation'. 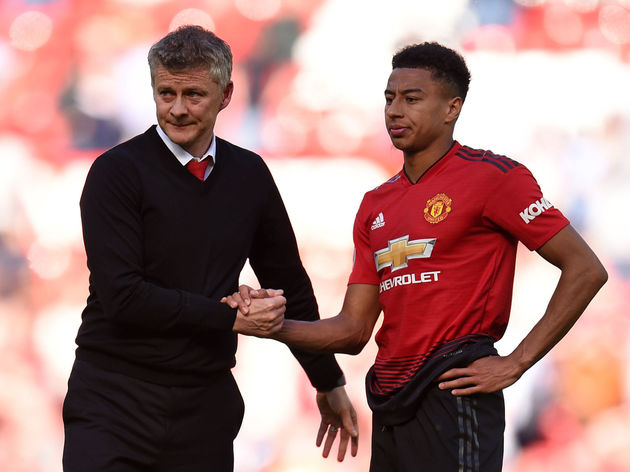 "I don’t have to explain every time. Sometimes I do, yeah, but it is a way for me to say I need more. You can’t just speak to them 100 times and say, 'now we need a change in you'. You have had opportunities.

"I've got to make decisions and one day… well, you give them one warning and that’s it probably, and then the next thing maybe they are not here anymore. You don’t have to explain every time then. You might have to think about it after."

Come on then, let's get thinking about who he's talking about. If you look at recent team selections, ​Jesse Lingard hasn't started a game for ​United since New Year's Day, while many fans would agree that his time at the club should probably be coming to an end sooner rather than later.

The underwhelming Andreas Pereira and Phil Jones also seem in danger of being given the boot, while Diogo Dalot also appears to be struggling to convince the manager. Solskjaer's words will likely be refreshing to hear for United fans, who have sat through the Norwegian's tenure listening to him frequently defend players who have consistently underperformed. Well, not anymore, apparently.

It's rebuild time, baybee. Nobody's safe. Well, unless your name is Bruno Fernandes. You're probably safe.