After a handful of assists in the final weeks of Jose Mourinho's reign, Rashford is one of many United players to have been rejuvenated under Solskjaer and has scored three goals as a central striker in the Norwegian coach's four games in charge.

Start as we mean to go on, support has been unreal ☝⚽ pic.twitter.com/cvcamkJEje

His latest star display came on Wednesday night as United won 2-0 against Newcastle, with Rashford's parried free-kick giving substitute Romelu Lukaku the chance to break the deadlock, before the England international showed great composure to score the second himself.

"I can talk about loads of individuals, but when you're a striker like he is, scores such a great goal...calm, composed, just passes it past the goalkeeper," Solskjaer said of Rashford as he ​addressed the media after the final whistle at St James' Park.

"But then his free-kicks, that was of course the start against Cardiff and then he does it again. He's got a great hit, he must have been watching Cristiano when he was practising." 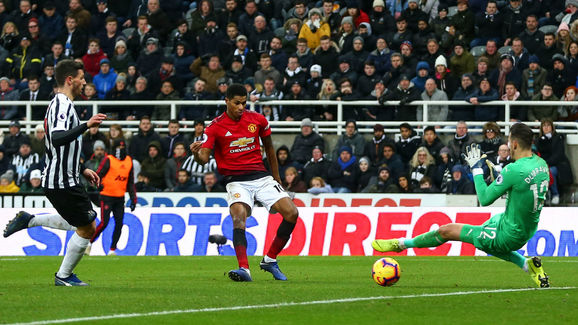 Although he broke into the first team under Louis van Gaal as a central striker, Rashford spent much of his time under Mourinho playing out wide. But Solskjaer anticipates a great future for the player through the middle and insists he will get games, even while competing with Lukaku.

"He gets kicked, he gets tackled, he goes for headers, he wins, he challenges, he runs. He is going to be a top, top number nine, definitely," the interim boss explained.

"We've [also] got Rom, so sometimes he'll play on the right, sometimes on the left, sometimes through the middle, he'll get enough games." 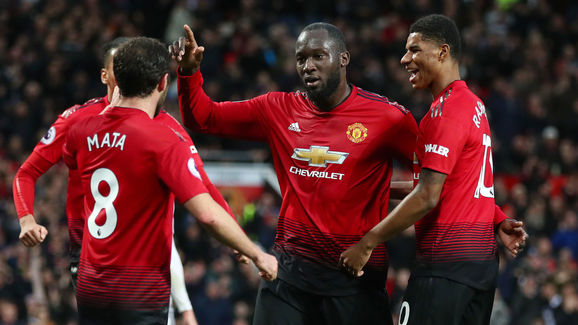 United will now briefly break from the Premier League to face Reading in the third round of the FA Cup at Old Trafford on Saturday lunchtime.