Martial scored his first goal since returning from a hamstring injury last week against Norwich City, taking his tally for the season up to three goals in five Premier League appearances.

Solskjaer lauded Martial for maturing during his short reign in charge of United, but he's stressed that the 23-year-old needs to become "obsessed with scoring goals" if he wants to take that next step in his career. 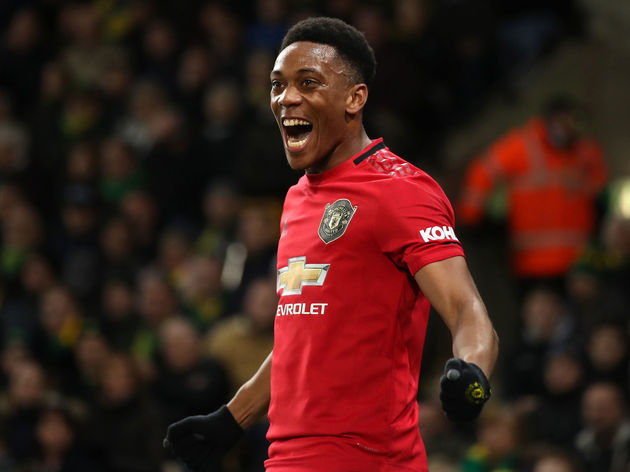 "Now he is maturing, he is nearly 24," Solskjaer said, quoted by The Metro. "You have to be obsessed with scoring goals as a No. 9 and he is looking more and more like a player who wants to score goals and not just show his tricks.

"For me he has matured a lot in his behaviour on the training ground as well. I believe we will see the best of him in the next few years.

"He looks happier. He seems happy. He is an infectious boy, his smile and sense of humour, you can see he is happy here and that rubs off on everyone and it’s great to see.

"The whole group as well, the whole mood, it’s miles better on the training ground, they encourage each other, it’s nice to be a coach and a manager when you see them come out and wanting to do extras so we are improving.

"I think the group is more ready for tougher times and better times. I think it’s a miles better group that we have now. The camaraderie, the attitude of the boys, the selflessness, the humility.

"We are getting closer to what we want to see every day, that culture, the performance in training, the way they prepare for games."

Martial is expected to lead the line for Manchester United again this weekend when they travel to the south coast in Saturday's lunchtime kick-off against Eddie Howe's Bournemouth.

United have only lost once away at Bournemouth in the club's history, having scored eight goals and conceded just four in their four trips to Dean Court.