One last player for Manchester United 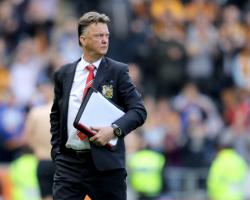 In a recent interview, Manchester United manager, Louis van Gaal stated he is on the lookout for more quality to add to the team he is still in the process of building

Why? Because we have to look for more balance in the team and for more creativity,Ãâ van Gaal said in America.

In the few games that United have played in their pre-season tour around America, Rooney and Depay look to be building a strong relationship with each other

It is far from perfect, but in time, they look to complement each other very well.

If one of them goes down, who will step in to fill the role? Hernandez is a quality player, but is not a world-class striker and doesnÃât put fear into anyoneÃâs back four

Wilson, on the other hand, looks to be the future of the United front line

The issue is the future is not today.

Over the next several weeks, many names will come up as potential additions to the United lineup so stand by for the rapid fire rumor mill to get into high gear

If you were that striker, wouldn't you rather be sitting on the United bench poking pins in your Wayne Rooney doll?