Former Manchester United star Paul Ince has declared Ole Gunnar Solskjaer's honeymoon period at Old Trafford 'definitely over' after his side suffered a shock defeat to Wolves on Tuesday.

The Red Devils slipped to a disappointing 2-1 loss at Molineux after going in front in the opening exchanges, with Solskjaer later admitting that his side have plenty of work to do to achieve a top four spot. 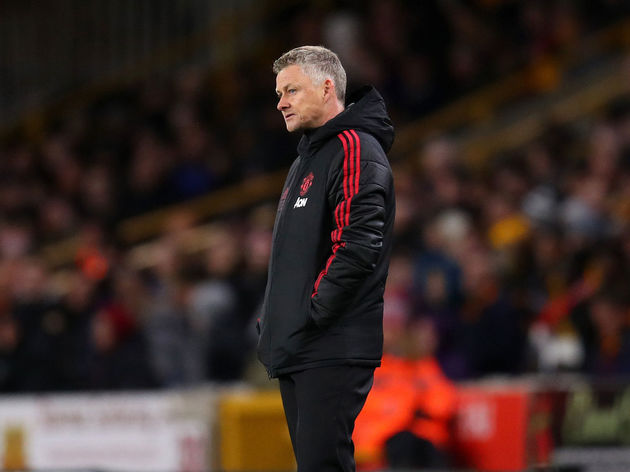 After seeing ​United lose their first game since Solskjaer was appointed on a permanent basis, former star Ince claimed that the pressure will now only increase on the Norwegian.

He told ​Paddy Power: "The honeymoon period with Ole is definitely over. He said when he got the job that now it was time to work. There’s always more pressure on you when you are given the job permanently than when you’re a caretaker manager, and he knows that he will be getting analysed and picked apart every time they lose a game.

"The pressure will mount, of course it will. He’s got a lot of work to do and he knows that, and not getting into the top four will cause more scrutiny on him, and that result has made that look like a tough ask. Every team has a dip in form, of course, but now could be the worst possible time to have one."

Solskjaer not to blame for that. Gameplan had United outfoxing Wolves and should have been out of sight until an individual error for equaliser. Then his players lacked the courage and mentality to respond to a setback.

With Solskjaer's side missing the opportunity to move third with a win, Ince insisted that a club the size of United need to be competing in the Champions League.

He added: "Ultimately, Man Utd have to be in the Champions League. It’s simply not good enough if they’re not. Don’t get me wrong, Ole has done a fantastic job in getting them to this point, but they need to finish the job off.

"They cannot afford to be without European football next year. In fact, United should never not be in that competition. No disrespect, but they should be attracting the biggest players and the biggest players don’t want to play in the Europa League.

"The team should be doing everything they can do make top four, and the Wolves result seems particularly poor because of that."

Despite enjoying a renaissance under his new manager, Ince believes France World Cup winner ​Paul Pogba may not remain a United player next season, with ​Real Madrid a rumoured destination.

Ince claimed: "There are players which need to move on if Ole wants to rebuild. But also, there may well be a few players who seem to want to move on themselves regardless.

Paul Pogba completed just 69% of his passes against Wolves; his lowest passing accuracy in a Premier League game this season.

"The main culprit of that, I believe, is Paul Pogba. Ole needs to convince him that he’s going to build the team around him going forwards if he wants him to stay.

"Honestly, I don’t think Pogba will be at Old Trafford next season. Ole’s come in, changed the way he feels about the game since Jose Mourinho left and because his form has improved, the big boys have come calling again."