​Paul Pogba has admitted that he and his Manchester United teammates let the club's fans down in Sunday's 4-0 hammering at the hands of Everton.

The Frenchman has been criticised for perceived attitude problems throughout his time at Old Trafford, with some areas of the media accusing him of playing for a big money move to Real Madrid in the summer.

Speaking to ​Sky Sports this week, ​Pogba appeared hurt by his own performance – calling it 'disrespectful' to United's fans, and admitting that the club's staff spoke to the players after the result.

"Not to be disrespectful and I am not disrespectful on ​Everton, but the way we played and the performance of myself, of the team, of everyone is disrespectful. We didn't respect ourselves, the club or the fans.

"Everything went wrong but the most important thing is the mentality that we put on the pitch - that has to change. [In the dressing room after the game] we let the manager speak, the staff speak and they spoke the truth. They said what happened in the game and it is not respectful for ourselves.

Good morning! United putting pressure on Paul Pogba to confirm whether he plans to stay or go. Here's today's front cover of AS: pic.twitter.com/7NlJ4DUBrp

"What we did on the pitch is not respectful for the team-mates, for the staff, for the people, for the kitman, for everyone. For their work, they put their life on us, the team and this club. What we showed on the pitch, we did not give them the joy back and that's why we are angry with ourselves. We want to do better for sure and we have to. The reaction has to be there." 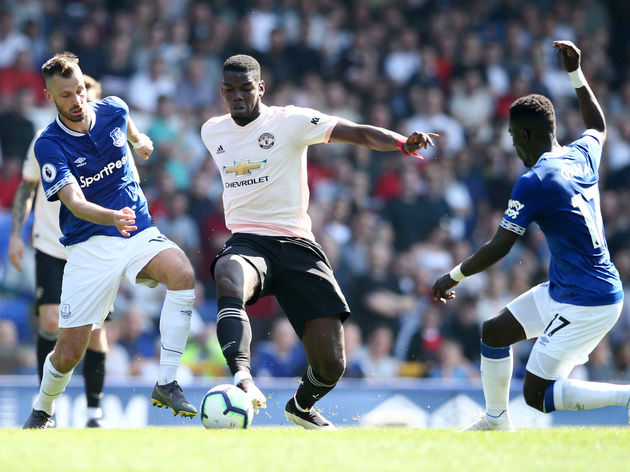