But the big scoop from Wednesday afternoon is that 'Pogback' has become 'Pogbald'. That's right, the man renowned for enraging every Proper Football Bloke with his fancy highlights and colourful hairstyles has decided to end the drama once and for all.

In the biggest head-shaving shock since David Silva decided to lop off his dark, flowing locks, the red side of Manchester is next to bring the latest developments in the 'hair-off' saga.

.@PaulPogba brings the game home.
​
Our upcoming virtual events will help us connect with what we love. #hometeam

Pogba's new image was revealed in a video in which he participated for ​adidas, encouraging people to stay at home during the government-enforced lockdown.

The video shows ​Pogba in his home at the 'PP Arena', a playful name given to his indoor football pitch (NOT, repeat NOT what he calls his toilet). The French superstar is having a kick-about with his young child, encouraging others to do the same in these times of uncertainty.

But Pogba is not the first Man Utd star to chop the mop in recent weeks. Teammate Anthony Martial also released images of his new hairdo - well, his non-hairdo - sporting a newly shaved head 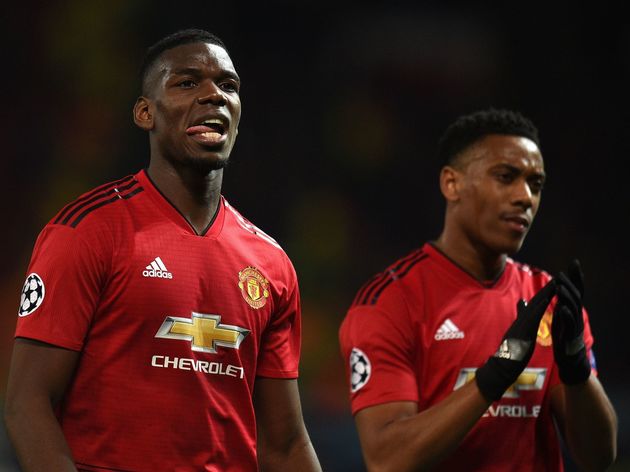 Perhaps the French duo are hoping to recreate the highs of bald pair Thomas Gravesen and Lee Carsley in the Everton midfield, or the legendary partnership of national compatriots Sylvain Wiltord and Thierry Henry.

The two Red Devils have always shown some excellent chemistry on the pitch, and this level of telepathy has clearly translated well to the indoor barbershop. Maybe the entire ​Man Utd side could adopt a similar style and recreate the famous Leeds team who all went bald for the cause.
​
​A bit extreme, looking back.

But if there is one person in the world who will be pleased to see this new trim, it's